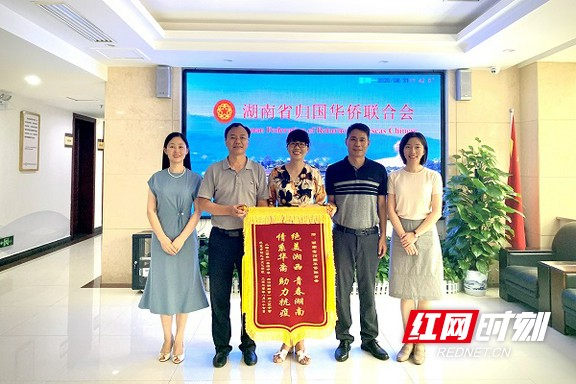 Clocking in by overseas campers 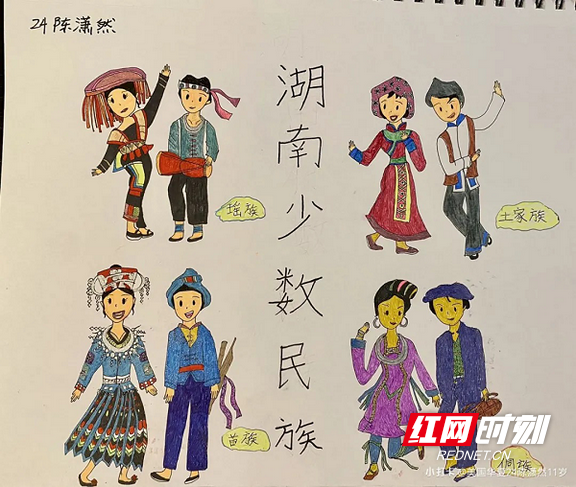 On August 31, the list of outstanding campers in the eighth session of Hunan Online summer Camp "Family Love zhonghua · Tell Stories for You" was confirmed, and the curtain of Hunan online summer camp, which lasted for nearly 5 months, officially ended.

Huang Fang，chairman of Hunan FOC, expressed warm congratulations to all overseas Chinese teenagers, organization and overseas communities' camp, and sincere thanks for Chinese language education school, and for every salute the teacher selfless dedication, for every serious, positive campers thumb up, gratitude every parent's support and affirmation. Huang said that due to the epidemic, this year's summer camp was conducted online. Compared with previous years, the online summer camp was a new model and a new attempt. The series of stories of Romance of The Three Kingdoms, The Three Character Classic, Journey to the West and Safety Handsome Squad were well received by the public. At the same time, Hunan FOC also launched a series of video stories "Xiang Xiaoqiao" during the summer camp, leading campers to appreciate the human geography and local conditions and customs of Hunan in a special way. She also invited campers to join the summer camp in Hunan next year to "punch in" hunan landmarks, taste Chinese food, and explore and inherit Chinese culture and Huxiang culture.

Since the start since the first online summer camp on April 30, a total of Spain were ulam language schools, Barcelona, Spain, Confucius culture, the Philippines, Chinese economic and trade association, hunan association, Washington, us and other 31 roc overseas, Chinese education in the school organization, from the United States, Britain, Canada, Spain, Germany, Austria, Switzerland and other 14 countries together 3749 overseas Chinese teenagers "cloud", continue to the Chinese culture in the form of special trip, in constant the native place deep feeling about the Chinese story, make home anti epidemic overseas Chinese family fight disease "will".

This is not only a grand gathering for "cultural exchanges", but also a cultural anti-epidemic event to spread the spiritual strength of overseas Chinese.

During the summer camp, members through online learning idioms parable, human geography, scenic spots, historical story, epidemic prevention knowledge and so on, to calculate the true through in a journey to the west, read in the romance of The Three Kingdoms saga, learning in the embedded intelligence RenZhong letter, stoop to etiquette, met in various immortal soul hunter and the calligraphy and painting, singing, acting, cartoon actively show up.

Li Jingfen, the China FOC member, chairman of academician cultural and educational foundation, said that, during the outbreak in China held "the family, the story for you," thank to Hunan FOC online summer camp, which not only makes anti epidemic that occupy the home of overseas Chinese teenagers by classic, idiom storie, deepen their understanding of Chinese culture, also let the overseas Chinese feel the motherland and love to the attention of the overseas Chinese.

Huang Liu, head of the Hunan Association of Vancouver, said that at the camp in Vancouver, the children showed their learning and harvest, and performed some talent shows. Parents said they had benefited a lot from discovering their children's potential in this way. Thanks to China Overseas Chinese Federation and Hunan Overseas Chinese Federation for organizing such a meaningful event. I look forward to seeing you in Changsha next year.

"Through 15 days of studying, punching in and communicating, I made many new friends and my Chinese expression has improved a lot. I like the short stories of Romance of The Three Kingdoms very much, which makes me know a lot about Chinese culture, and I have been deeply attracted by it." The campers from Germany were full of harvest on behalf of Jiaqi.

"We are all children growing up overseas, but the Chinese heart in our blood has never been forgotten. It gives me great pleasure to participate in the Online Summer camp sponsored by the Overseas Chinese Federation of China, where I can learn and grow!" "Said Pan Yeqing, a representative from Switzerland.

Cultural inheritance cannot be separated from "transmission" and "inheritance". The hunan online summer camp has further deepened the overseas Chinese youth's understanding and learning of Chinese culture and Huxiang culture, enhanced the influence of the "Family Chinese" summer camp brand, and promoted the overseas friendship and liaison activities and the promotion of Chinese education of The Overseas Chinese Federation in the future and for a longer period of time.

At present, HunanFOC and the Chinese Language Education School have recommended 225 students as outstanding campers of hunan Online summer Camp based on their participation in the camp and the principles of openness, fairness and justice. The outstanding campers are hereby publicized.