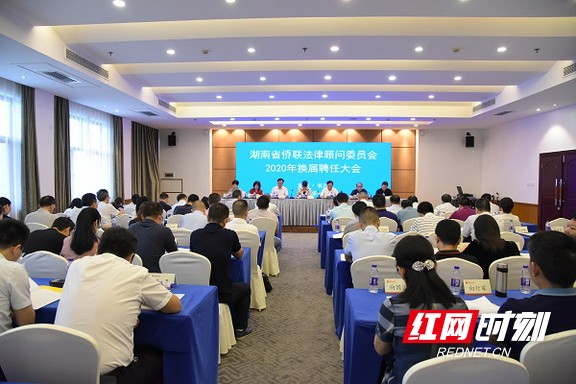 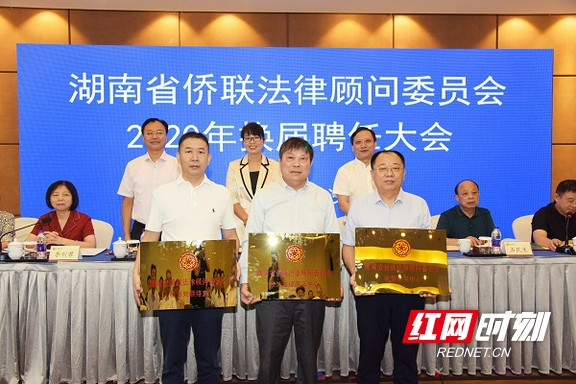 Hunan FOC award the plaque to the newly established center. 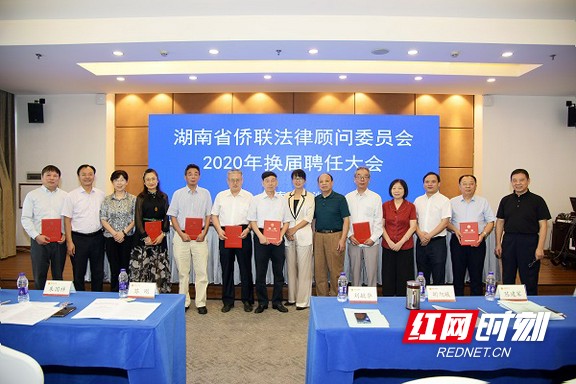 The newly appointed members of the Legal Advisory Committee.

Says Li Lijun, director of the new employment law Gu Wei Gu Wei new method to study and learn from past experience, good clear law Gu Wei job responsibilities, to play a professional advantage, invite more have certain fame and influence of legal science experts, professor and legal workers to join, for our nation the masses to provide more comprehensive policy advice and legal services. In the next stage, the ACLU will adhere to the leadership of the Overseas Chinese Federation, carry out its work in strict accordance with the articles of association, and perform its duties and responsibilities in order to safeguard the legitimate rights and interests of returned Overseas Chinese and their relatives in China.