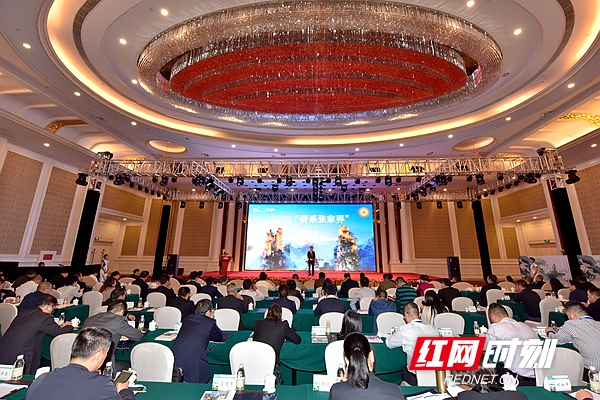 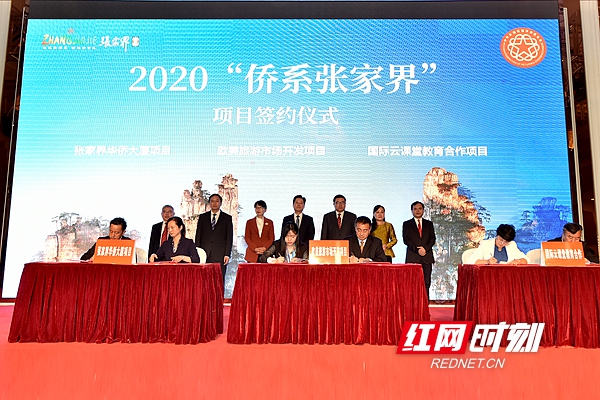 On September 27, the 2020 "Overseas Chinese-Zhangjiajie" investment and wisdom activity was successfully held in Zhangjiajie, Hunan. Guo Zhenggui, Secretary of The CPC Zhangjiajie Municipal Committee and director of the Standing Committee of the Municipal People's Congress, Huang Fang, Secretary of Hunan FOC, Xia Fudong, deputy minister of the Economic Department and first-level inspector of the China FOC attended the meeting and made speeches.

Guo ZhengGui said, Zhangjiajie was in the midst of a new period full of strategic opportunities. Its development would be priority, based on its own advantages, to promote on local culture, tourism, environmental protection, and further deepen the cooperation and communication with FOCs of all levels, and optimize the business environment to promote the opening to the outside world cooperation to a new level. It was hoped that FOCs of all levels, Overseas Chinese Business associations, overseas Chinese enterprises, returned overseas Chinese and their families would pay more attention to and support Zhangjiajie. It was warmly welcomed to invest in Zhangjiajie and live and work in peace and happiness.