Zou Lijun: Dream for the children in the backward mountainous area 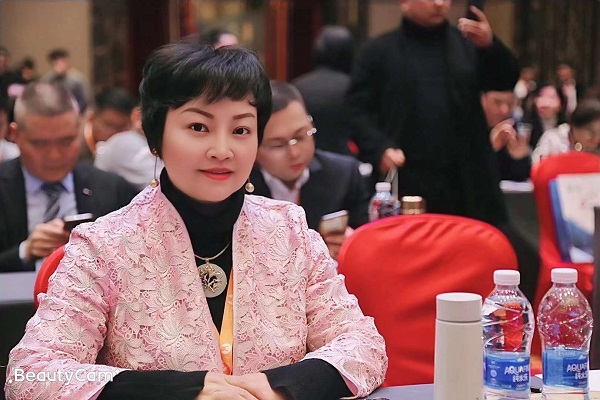 In recent years, while maintaining the steady development of the enterprise, Zou Lijun, vice chairman of Zhuzhou FOC, President of Zhuzhou Overseas Chinese Businessmen Association, to feed back the society, has been caring and paying attention to the children's education problems.

Zou Lijun, ancestral home In Zhuzhou Youxian, was born in Xinjiang, started his own business at the age of 20. In 2006, with longing for her native land, Zou Lijun returned to Zhuzhou and founded Jingshi Group. With her unique persistence and perseverance, She led all the company to withstand great pressure and created a new world in Zhuzhou in just a few years.

In 2012, Zou led her team into Taokeng for the first time, where rowd of dilapidated adobe houses were built on pot-holed mud. Without much financial resources, adult in the town had gone out to work, and almost all the children in Taohang school were left-behind children.

On November 22, 2018, Zou visited Taohang School again and found that the former shabby school had changed a lot! "This time, we have brought intelligent companion robots to the children." Zou said. During the 2008 Ice disaster in Hunan, the 2008 Wenchuan earthquake and the 2010 Yushu earthquake, Jingshi Group donated nearly 800,000 yuan.

With the heart of charity, Zou's group has always not forgotten to serve the public, and has invested nearly 6 million yuan to build the Zhuqu road (Shengshi Road), Youxian Village. In addition, the company donated for fire detachment, as well as visit the poor households, lonely elderly. In just 10 years, Zou has donated nearly 10 million yuan to all sectors of society.

"Help the poor first, let the children in poor areas receive education, from the root of the intergenerational transmission of poverty. "Zou Lijun actively donated money and school buildings for children in poor mountainous areas, cared for poor students and supported education.

In a poor village in Wugang city, Shaoyang, an elderly man raised fund for the village's only school. Zou Lijun heard about it and took her team to Lishan School in 2017.

Under Zou's leadership, more and more charitable people have learned about the situation of the school. "We have more than $2 million in donations so far, and four schools around are gradually improving."

In 2018, Jingshi Group donated 100,000 yuan to the public welfare project of "Daohuaxiang" Reading Club, provided more than 200 robots to children in left-behind mountainous areas, and donated more than 400,000 yuan to help poor students.

"This year we plan to use one million yuan to help women and children. The first project will be launched on June 1."

"My wish is to give more mountain children the wings to fly their dreams." "Zou said.