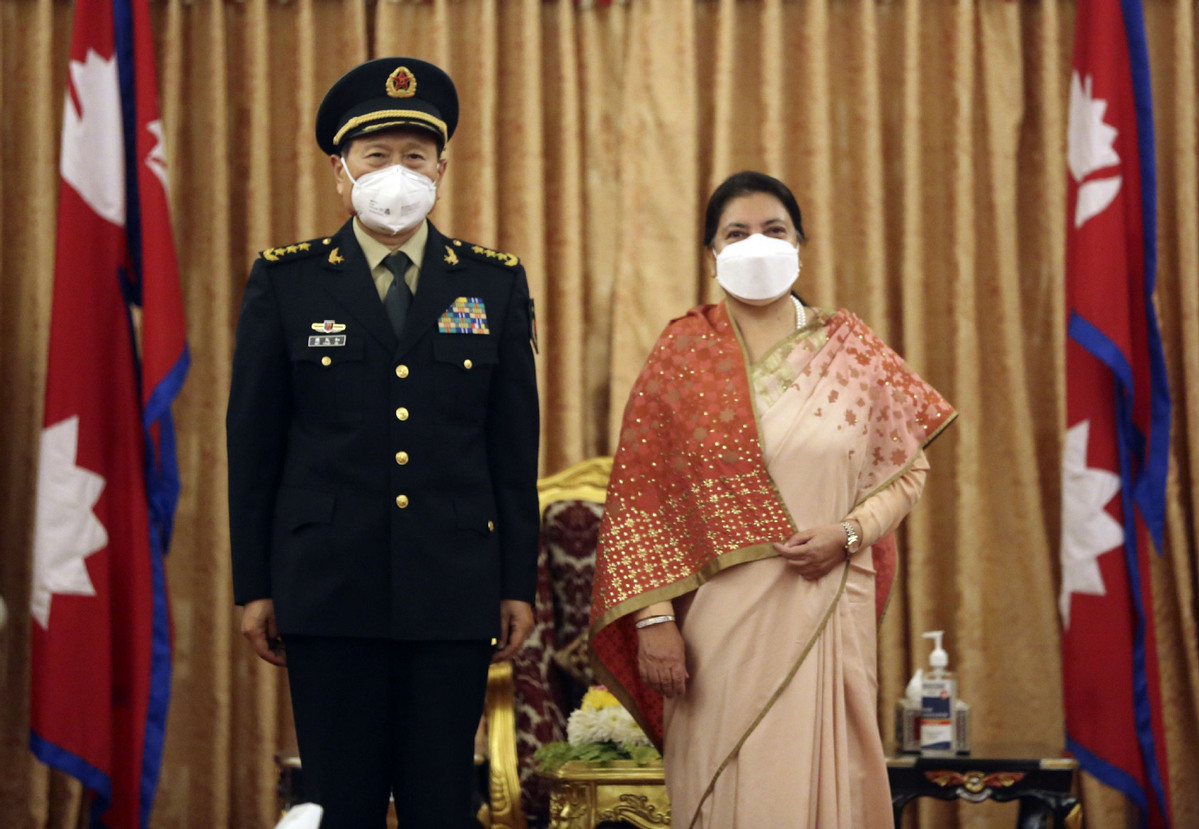 Recent visits by China's defense minister to Nepal and Pakistan amid a pandemic signal China's strong commitment to maintaining healthy ties with neighboring countries via communication and cooperation, and to jointly safeguarding regional peace and stability in South Asia, experts said.

China's efforts to enhance bilateral relations with South Asian countries do not target any third party, nor does the nation seek to turn the region into its geopolitical backyard. It aims to promote a peaceful and prosperous South Asia, which is in the interest of China and all countries in the region, they added.

State Councilor and Minister of National Defense General Wei Fenghe arrived in Pakistan on Monday after concluding a daylong trip to Nepal and met with top Pakistani officials the next day, including President Arif Alvi and Prime Minister Imran Khan, according to the Ministry of National Defense.

During the meeting, Wei said the all-weather strategic partnership between China and Pakistan is one of a kind in the world. Under the guidance of leaders from both countries, both sides have enhanced cooperation in various fields and have supported each other in issues related to core interests.

China is willing to enhance strategic communication, cooperation and mutual trust with Pakistan, Wei said. The two militaries will jointly address various risks and challenges, protect sovereignty and security interests, and safeguard peace and stability in the region.

According to the ministry, Alvi said the China-Pakistan friendship goes back a long way, and the two countries have been good friends and partners. He said Pakistan will support China's stance on issues related to the South China Sea, Taiwan, Xinjiang and Tibet, and hopes to enhance defense cooperation and the establishment of the China-Pakistan Economic Corridor.

Khan said Wei's visit during a pandemic is significant in showcasing the support the Chinese government and military have for Pakistan, the ministry said. China has made unprecedented achievements in both tackling the COVID-19 pandemic and alleviating poverty, and the two countries should deepen their strategic partnership and push bilateral ties to new heights, he added.

China will continue to assist in Nepal's military development and contribute to the well-being of the people from both countries as well as regional peace and stability, Wei said.

Bhandari thanked China for supporting Nepal's economic development and social stability. Nepal will proactively engage in the Belt and Road Initiative and other areas of cooperation with China and hopes to deepen friendship and cooperation between the two militaries, she said.

Oli said this year marks the 65th anniversary of China and Nepal establishing formal diplomatic ties, a relationship characterized by friendly and extensive cooperation. The Nepali military appreciates the substantial support China has given over the years, and Wei's visit will further enhance military-to-military collaboration.

Sun Shihai, chief expert at the China Center for South Asian Studies at Sichuan University, said China being on good terms with South Asian countries is beneficial for regional stability and development.

"An interconnected, peaceful and developed South Asia is in the interest of China and all countries in the region," he said. Although the region is highly diverse in culture, history and society, "differences should not lead to confrontation, and no neighboring countries want conflict with each other."

Sun said there should be more mechanisms and channels for countries in the region to promote dialogue and cooperation, which is a more constructive way of solving issues and achieving joint prosperity.

Zhong Feiteng, a researcher at the National Institute of International Strategy of the Chinese Academy of Social Sciences, said the COVID-19 pandemic has damaged the global economy, especially for developing nations, and new social and security issues may emerge due to this economic downturn.

"As a result, it is imperative for China to get in touch with its neighbors and jointly prevent risks, which will provide the stability necessary for facilitating the Belt and Road Initiative," he said.

Khalid Mahmood, chairman of the Institute of Strategic Studies Islamabad, said during a video seminar of the Beijing Xiangshan Forum earlier this week that countries should focus more on mutual interests and consensus rather than differences and conflicts.

Countries can shoulder more of their rightful responsibilities by engaging in mutually beneficial cooperation, he added.