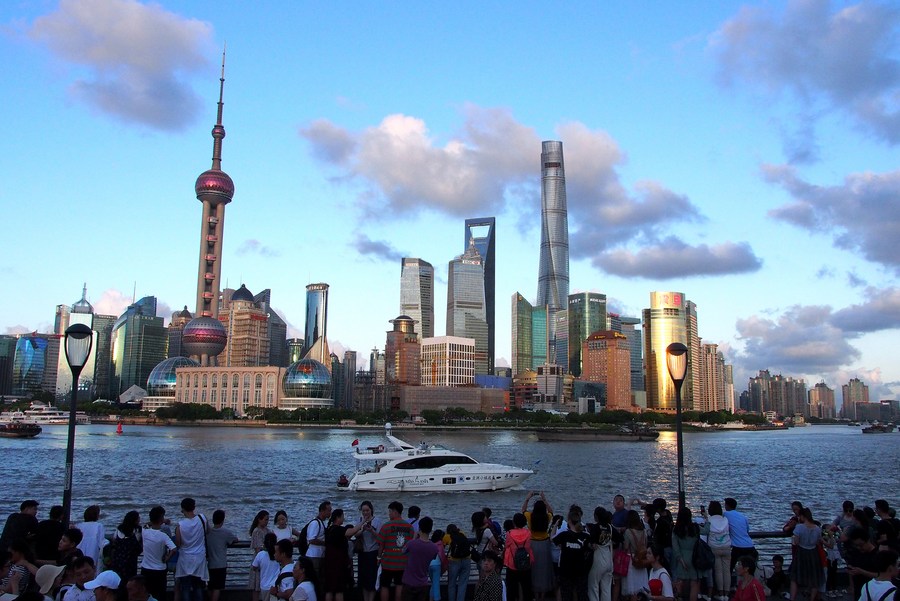 People enjoy the view of Lujiazui at the Bund in east China's Shanghai, Aug. 2, 2019. (Xinhua/Chen Fei)

BEIJING, Jan. 26 (Xinhua) -- China and New Zealand on Tuesday signed a protocol on upgrading their 12-year-old free trade agreement (FTA), which is expected to bring more benefits to the peoples of the two countries.

In 2008, China signed an FTA with New Zealand, the first FTA between China and a developed country.

On the basis of the Regional Comprehensive Economic Partnership, China will further expand its opening-up in sectors including aviation, education, finance, elderly care, and passenger transport to New Zealand.