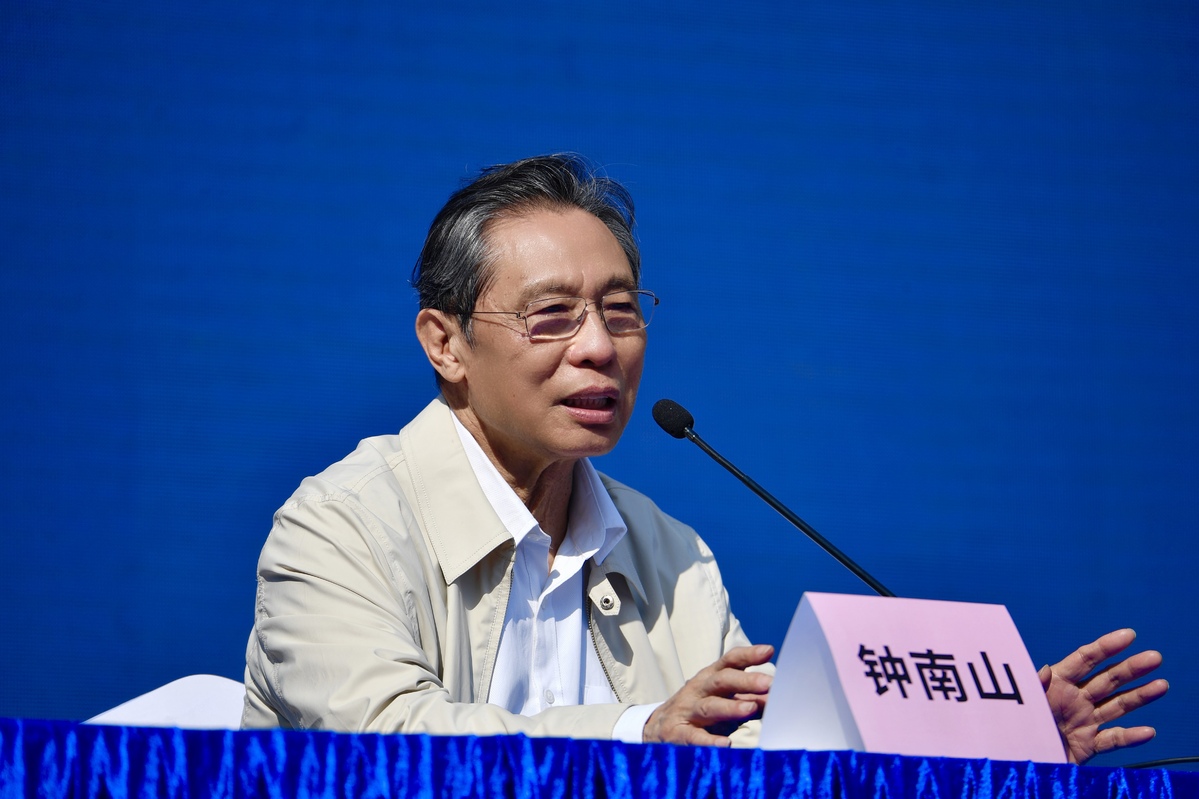 Global coronavirus infections may start to decrease in March with vaccinations and other active epidemic control measures being carried out, prominent respiratory disease expert Zhong Nanshan said on Sunday.

Zhong, the director of Guangzhou Laboratory, told a news conference in Guangzhou, capital of Guangdong province, that while vaccination has been effective in controlling the epidemic and global infections are estimated to have stabilized, it is hard to predict future developments precisely.

There had been over 101.56 million confirmed cases of COVID-19, including about 2.197 million deaths, globally by early Sunday morning, according to the World Health Organization.

Sinopharm and Sinovac, the two Chinese vaccines in use, have shown protection rates of more than 75 percent against light symptoms and nearly 100 percent against serious symptoms, said Zhong, who is also a member of the Chinese Academy of Engineering.

Their rates of protection against infections ranged from more than 50 percent to 90 percent according to phase III trials conducted in different countries with different trial approaches.

With vaccinations having started over seven months ago, people who were vaccinated still have 90 percent of the antibodies in their blood.

But Zhong added it is too early to compare vaccines developed by domestic and foreign companies, though the choice of vaccines is subject to their effectiveness, safety, price and the conditions needed to transport them.

COVID-19 vaccines have been approved for emergency use globally but relatively ideal vaccines are possible only in three to five years, he explained.

Even after vaccination, people are still advised to wear masks at the moment, he said. People usually gain 60 percent to 70 percent protection after the first shot of the vaccine and about 90 percent after the second shot, received after a two-week interval.

As variants of the COVID-19 virus have appeared, further study will be needed to choose the strain of the virus for developing future vaccines.

A discussion between Zhong and Anthony Fauci, director of the United States' National Institute of Allergy and Infectious Diseases, is being arranged for March.

They have some similar ideas, Zhong said, adding he is very much looking forward to their discussion. Zhong's team is scheduled to discuss epidemic matters with its counterparts at Harvard Medical School this week.

Zhong estimated that local outbreaks in the provinces of Heilongjiang, Jilin and Hebei could be basically brought under control in the first 10 days of this month with forceful measures that had been taken.

On cured patients who test positive again, Zhong said it may have to do with testing skills or virus fragments remaining in them. He added that he does not consider such patients dangerous.

Meanwhile, two types of mobile COVID-19 laboratories, on a bus and in a van, were launched by Guangzhou Laboratory on Sunday to facilitate mass testing in rural areas.

Guangzhou Laboratory will also work with its partners to improve the training of rural doctors and educate rural residents on the epidemic.