China hopes U.S. will invite WHO to conduct source tracing 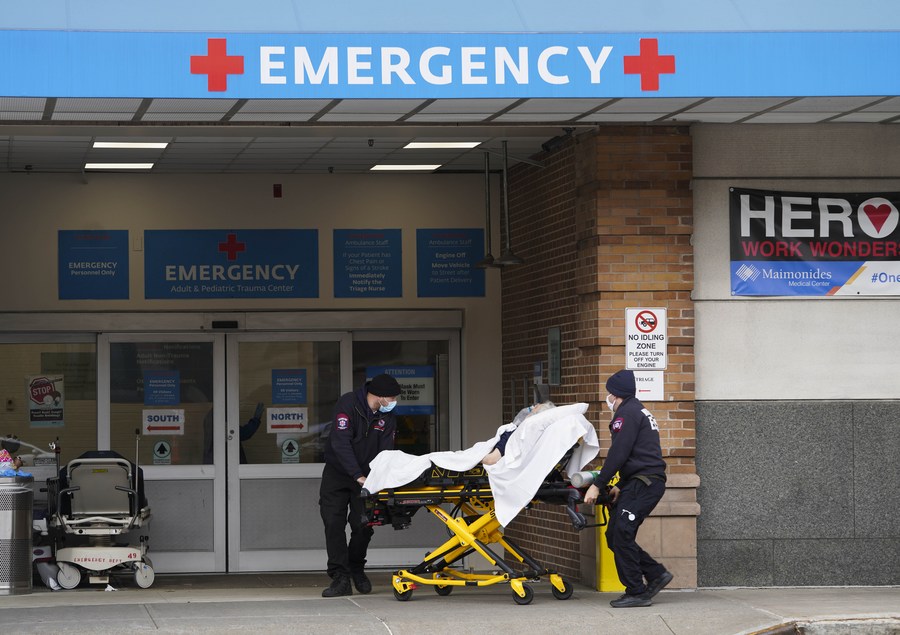 BEIJING, Feb. 2 (Xinhua) -- China on Tuesday expressed the hope that the U.S. government will invite World Health Organization (WHO) experts to carry out novel coronavirus source tracing research in the United States.

Foreign Ministry spokesperson Wang Wenbin made the remarks at a press briefing after U.S. Secretary of State Antony Blinken said in an interview that China's arrangements for WHO experts were not transparent.

Since the outbreak of the pandemic, China has always maintained close communication and cooperation with WHO on the source tracing issue in an open and transparent manner, Wang noted, adding that the visit of WHO experts to China is part of the global scientific research cooperation on source tracing. The Chinese government has provided strong support and assistance to this end.

"Chinese experts have shared a large amount of information and research results with their counterparts and conducted several rounds of in-depth exchanges on scientific issues of common concern. WHO and international experts made positive comments on this," said the spokesperson.

Virus source tracing is a complex scientific issue involving many countries and places. Many clues, reports and studies indicate that the COVID-19 pandemic had already broken out in many parts of the world as early as the second half of 2019, Wang added.

He cited the example of a report by the U.S. Centers for Disease Control and Prevention (CDC), which says COVID-19 antibodies were found in blood samples from routine blood donations collected in December 2019 in the United States.

This means COVID-19 infections may have occurred in the U.S. at that time, earlier than the country's first official case on Jan. 21, 2020, he said.

"It is hoped that the U.S. side will adopt a positive, scientific and cooperative attitude and maintain transparency on the virus source tracing issue, as China has done, and invite WHO experts to carry out source tracing research in the United States, so as to make positive contributions to international anti-epidemic cooperation and scientific source tracing," he said.