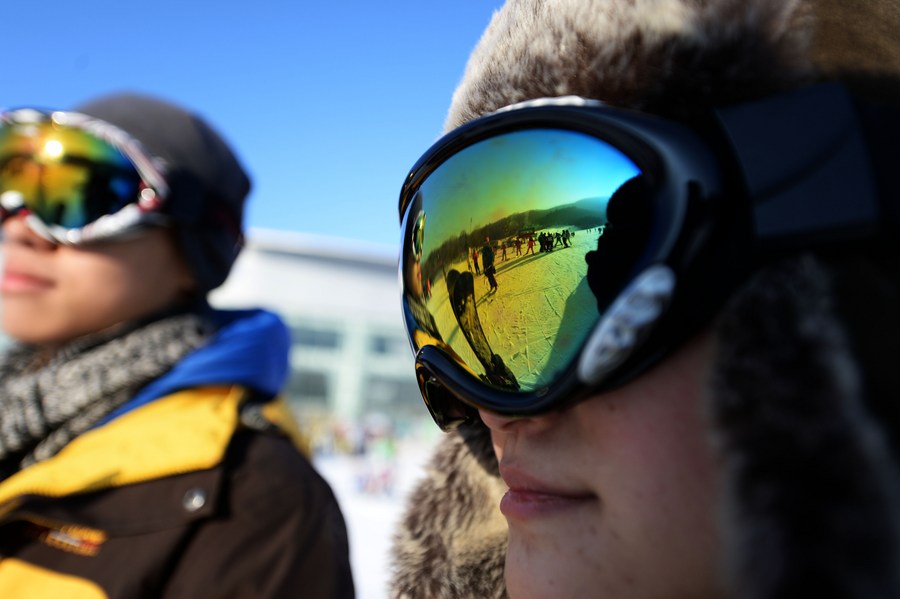 From hating snow to enjoy it, changes happen to northeast China's rural people in the past 30 years.

Outside of the window is a famous winter tourist attraction in China: Xuexiang in northeast China's Heilongjiang Province. 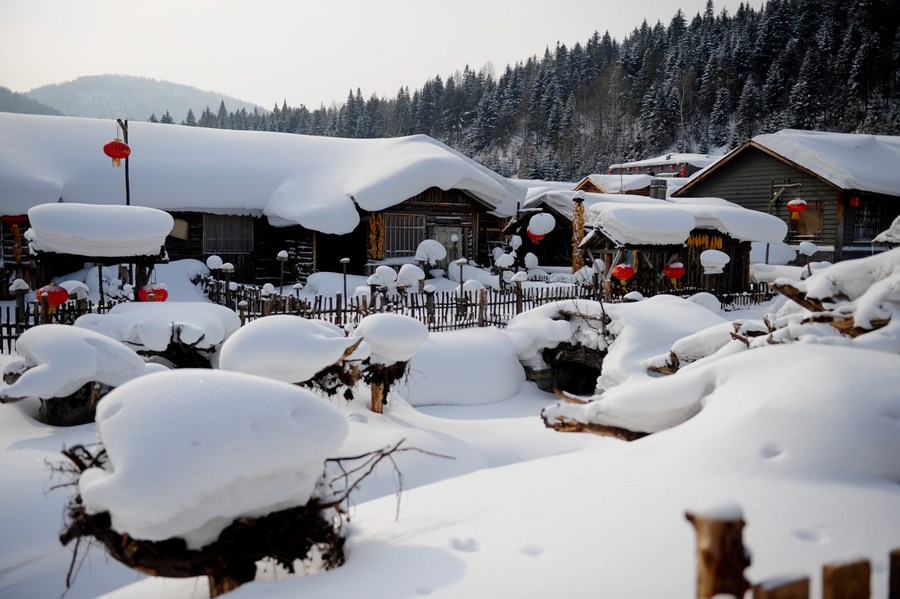 Xuexiang means the Snow Town in Chinese, but few people know its other name, Shuangfeng Forest Farm. More than 20 years ago, Fan was a forest worker here.

Due to the frequent snows in the farm, it was very difficult to transport wood.

"The snow was more than one meter deep, and people could only walk out a small path in the middle of the snow, and the dogs could not be found if they jumped into it." Fan still clearly remembers the scene that the heavy snow blocked the door of his house.

"At that time, I just hoped there will be less snow, so that it would be easier to carry wood," he said. 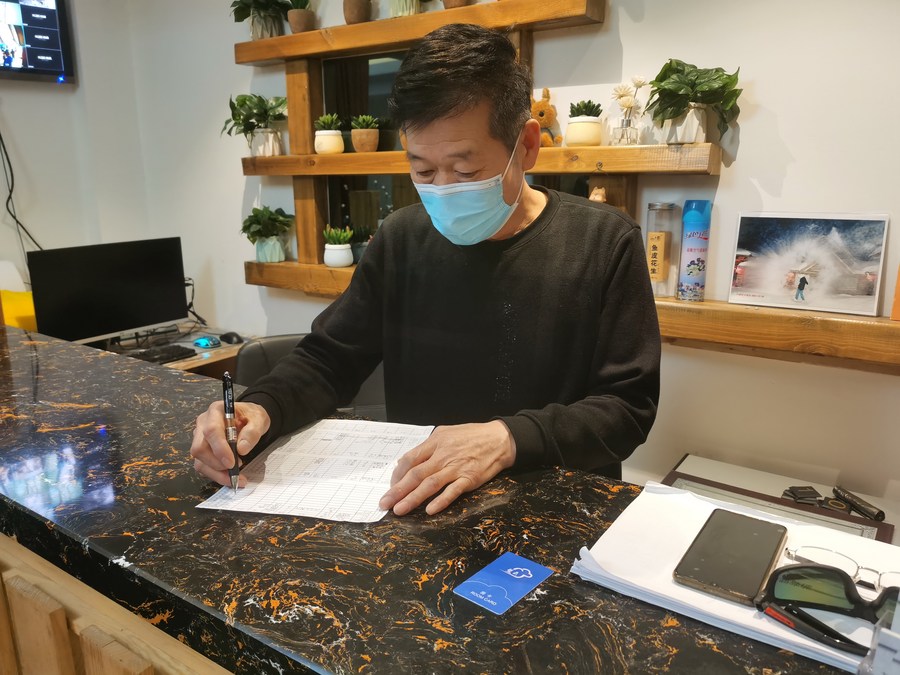 However, the unique climate of the Shuangfeng Forest Farm, located in Zhangguangcai Mountains, makes it possible to receive up to 180 days of snow every year, and the average annual snow thickness is 2.6 meters.

In 1995, when Fan was transporting wood in the forest farm, Wang Cheng, a 45-year-old university teacher, stepped into Zhangguangcai Mountains with a second-hand ski from abroad.

"This is a natural ski resort!" Looking at the forest sea and snow plain in front of him, Wang was so excited that he couldn't wait to slide down the mountain.

The place where he slid was later known to many people as the Yabuli Ski Resort.

In the 1990s, skiing was only a sport for very few Chinese people, but as more and more international winter sports events land in China, more Chinese people find that snow is no longer a burden in life, but a blessing.

A number of ski resorts have sprung up in the Yabuli Ski Resort, and hotels and guesthouses have been built one after another. Yabuli Ski Resort has become the first choice for many people to spend their winter holidays.

Wang is 71 years old now. He goes skiing in Yabuli every week. His skis are stored in the ski resort, and he skis from dawn to dusk until the cable car is closed.

When winter comes, 34-year-old Xu Yanbin is very busy as a skimeister. "I was a farmer and didn't have much work outside farming in the past. Skiing is a skill I learned since I was a kid, and I never expected it to become my profession," Xu said. A parent goes sledging with his child at an activity center in Harbin, capital of northeast China's Heilongjiang province, Jan. 9, 2017. (Xinhua/Wang Kai)

With the Beijing 2022 Winter Olympic Games about to open in one year, there has been an upsurge of winter sports all over China.

According to Chen Zhe, director of the Heilongjiang Provincial Sports Bureau, December 20 has been set as the "Heilongjiang Province National Ice and Snow Activity Day" since 2016, encouraging winter sports facilities o be open to the masses for free, which has led and influenced more than 70 million people to participate in winter sports.

Not only that, but with the help of cold climatic conditions, Heilongjiang Province has formed a relatively large-scale ice and snow industry.

In Heihe, a city on the border between China and Russia, well-known car companies from China, the United States, Germany, France, Japan, and South Korea come here to conduct low-temperature tests on cars every winter. During the test season from 2019 to 2020, Heihe City has undertaken tests of 131 car companies, 3,615 people, and 2,108 vehicles, respectively. Data shows that the trial run industry in cold regions can bring more than 400 million yuan in consumption to Heihe City every winter.

There are countless examples of "cold resources" driving the "hot economy" such as Harbin Ice and Snow World. People in the northeastern corner of China have learned to have fun in the cold.

Fan no longer has to chop wood. "I opened a guesthouse now with 30 rooms and I'm worried that it won't snow," Fan said. (by Wang Junbao, Dong Baosen, Sun Biao)