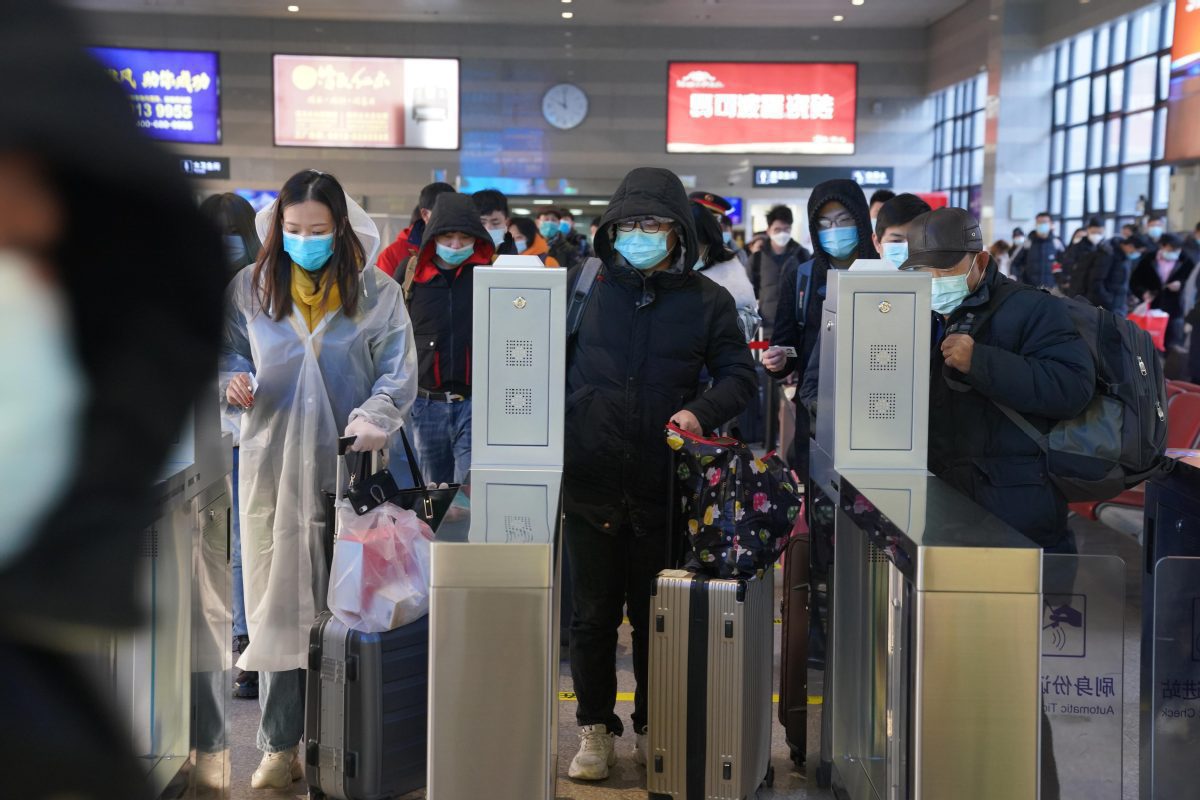 Passengers line up to check in at the Beijing West Railway Station in Beijing, Jan 28, 2021. [Photo by Feng Yongbin/chinadaily.com.cn]

Public security authorities have taken multiple measures to ensure traffic safety during the Spring Festival travel rush and crack down on related violations, the Ministry of Public Security said on Thursday.

Ministry spokeswoman Zhang Ming said that many people will celebrate the festival in the cities where they work and passenger numbers are significantly lower than usual.

However, public security authorities and other departments have jointly inspected the safety issues of freight enterprises and vehicles for the transport of passengers, hazardous chemicals and fireworks and crackers, Zhang said.

Police will strengthen the investigation of hidden dangers on roads with heavy traffic and also increase warnings.

Through working with transportation and health departments, public security authorities have optimized the setting up of checkpoints and improved inspection efficiency, allowing passengers to pass through quickly.

Steps have also been made to ensure that vehicles transporting emergency supplies and daily necessities, as well as chartered buses for migrant workers, have priority access.

Public security organs and other authorities have made emergency plans and stored sufficient materials to respond quickly in case of severe weather or other emergencies.

Public security and traffic management departments are also focusing on traffic violations including overloading, speeding, and fatigued or drunken driving.

Police have also stepped up efforts against illegal platforms selling railway, bus and flight tickets, the production and sale of fake tickets, taking others' seats and behavior that disturbs public security and order at stations and on trains.

Since the start of the Spring Festival travel rush on Jan 28, police have arrested 1,537 suspects for ticket-related violations and seized over 91,000 fake train tickets. They also solved over 3,549 criminal cases involving theft, robbery and fraud and detained 1,265 suspects.

Police involved in the civil aviation sector have dealt with 648 cases of the carrying or consignment of prohibited items, the forging of identity documents or airline tickets, and disrupting order in airports and on flights. Nearly 800 people have been included on a list of those banned from flying on civil aircraft for serious breaches of trust.

Zhang said a new Civil Aviation Temporary Flight Certification System mini-program on the WeChat instant messaging system can help passengers solve problems encountered when traveling or booking hotels without carrying identity documents, and over 33,000 people have received temporary personal identification for flights during the past week.