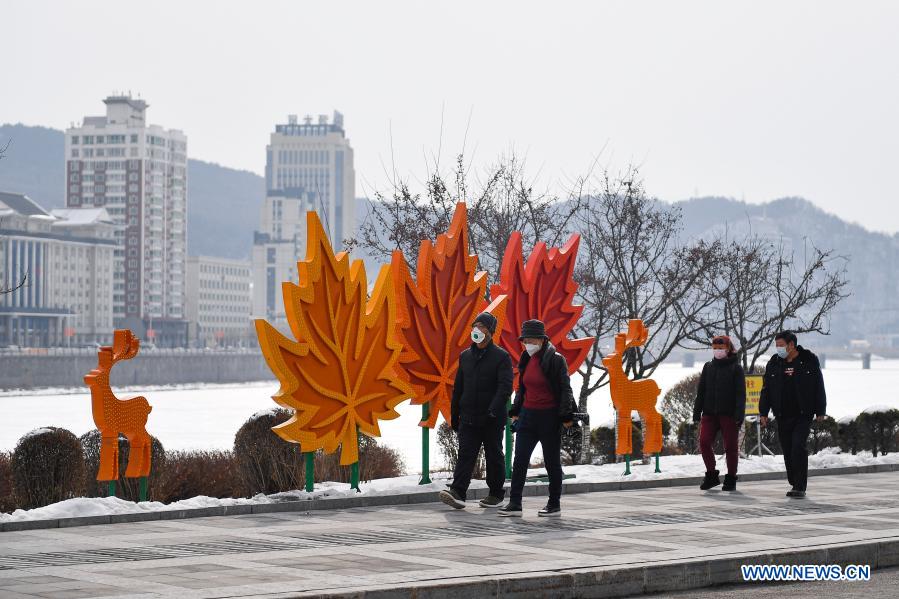 China has entered the "late stage of suppression" of the COVID-19 pandemic after a year's efforts, said Gao Fu, the head of the Chinese Center for Disease Control and Prevention.

But while COVID-19 vaccines have raised hopes that life will get back to normal soon, many uncertainties remain about the evolution of the pandemic this year, confronting humanity with new challenges, Gao said.

"Through one year's efforts, different countries around the world achieved varying results in pandemic control. In some countries like China, the pandemic has been well controlled, while in other countries the situation is still grim," Gao said in an editorial published in China CDC Weekly on Friday.

No new domestically transmitted confirmed COVID-19 cases have been reported on the Chinese mainland since Feb 15, according to the National Health Commission. Only seven new imported confirmed cases were reported on Saturday, it said.

China initiated a national campaign against COVID-19 immediately after identifying the novel coronavirus in January last year. In the following three months it won a decisive victory in epidemic control in Hubei province, including its capital Wuhan, the Chinese city hit hardest by COVID-19, Gao said.

Since then, China has been carrying out an effective suppression strategy by establishing a strong and flexible response mechanism, implementing or lifting control measures based on the results of surveillance and risk assessment in different regions, he said.

Although scattered outbreaks have occurred in some places, including Beijing and Shanghai, and port cities such as Qingdao, Shandong province, and Dalian, Liaoning province, since April, they have all been put under control effectively by strategies such as mass virus testing, extensive contact tracing and isolation of confirmed cases and their close contacts.

The latest large-scale local outbreaks of COVID-19, which hit rural areas of Hebei province and some parts of Northeast China over the winter, resulted in more than 2,000 total cases, Gao said. The outbreaks have been successfully controlled after unremitting efforts, he said.

Meanwhile, a mass vaccination campaign this year is expected to help bring the epidemic further under control in China, raising hopes of getting life back to normal soon, Gao said.

By Feb 3, 31 million doses of inactivated COVID-19 vaccines had been administered in China, targeting high-risk groups such as front-line health workers, cold-chain industry employees and people working or studying overseas, he said.

"As vaccination started smoothly and progressed as scheduled, the China CDC has been closely monitoring vaccination coverage and adverse events following immunization," he said. "The data shows that the reported rate of serious adverse events is no higher than that of the influenza vaccine, reflecting the fact that the currently used inactivated COVID-19 vaccines are safe."

Despite the promise of mass vaccination, many uncertainties remain this year due to the unpredictable nature of the novel coronavirus and the emergence of new variants of the virus that may lead to increased transmissibility and toxicity, Gao said.

"When facing a new virus, humanity still needs to keep doing research and develop a deeper understanding of it," he said.