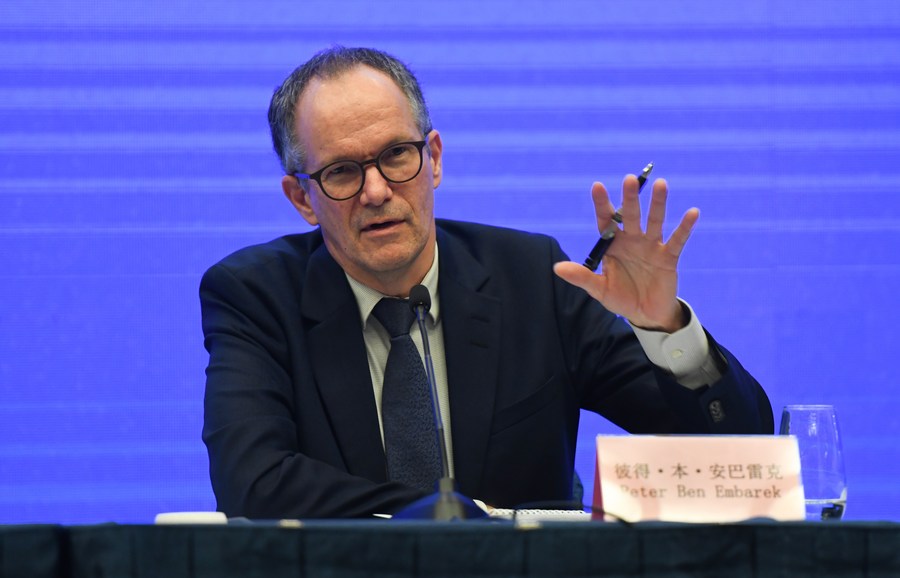 The WHO experts, on multiple occasions since their arrival in Wuhan on Jan. 14, have shattered the lab-leak theory, called for science-based approaches, and commended China's openness and candor.

BEIJING, Feb. 24 (Xinhua) -- A team of experts led by the World Health Organization (WHO) finished their field study earlier this month in the central Chinese city of Wuhan, gaining new insights into the origins of the novel coronavirus.

On multiple occasions since their arrival in Wuhan on Jan. 14, the experts, composed of 17 international and 17 Chinese scientists, have shattered the lab-leak theory, called for science-based approaches, and commended China's openness and candor.

The mission was "successful in many ways," said Peter Ben Embarek, head of the WHO expert team in Wuhan, at a virtual press conference from Geneva on Feb. 12, soon after their trip.

"We have made a lot of new knowledge about the start of the events," said the Danish scientist, noting that there were no widespread and no large clusters of COVID-19 infections in or around Wuhan in months prior to December 2019.

With regard to the origin-tracing work, Wuhan's Huanan seafood market may have made it possible for the novel coronavirus to spread, but it does not mean the virus originated there, according to Vladimir Dedkov, a member of the WHO expert team.

"There is no evidence that the virus originated there" but "hypothetically, there are all conditions for the spread of the virus there," the Russian expert was quoted by Sputnik as saying. 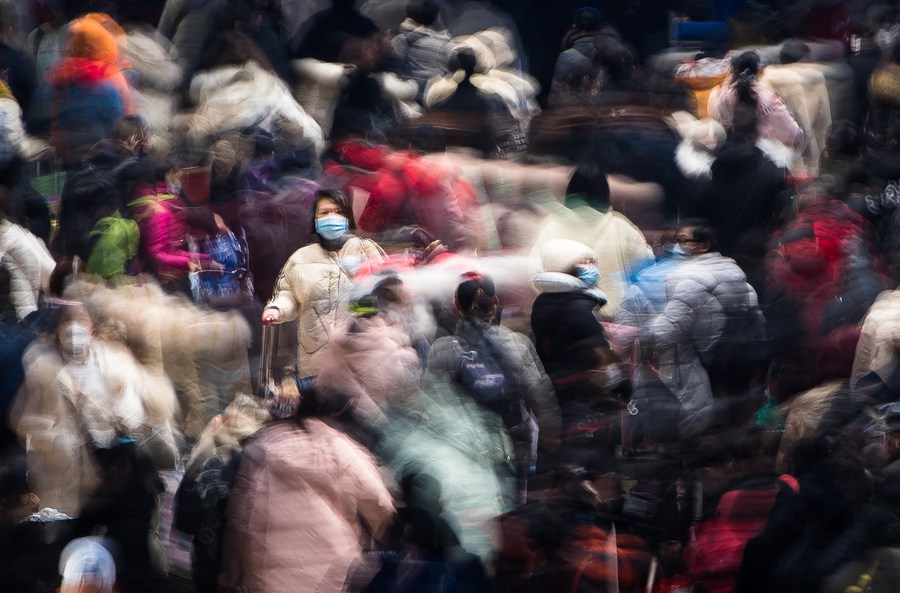 The virus was most likely of animal origin but not necessarily at a wet market in Wuhan, wrote Professor Dominic Dwyer from University of Sydney in an article on The Conversation, a publisher of research-based news and analysis.

"It probably crossed over to humans from bats, via an as-yet-unknown intermediary animal at an unknown location," the WHO expert team member said, adding that the experts "are still working to confirm the exact chain of events that led to the current pandemic."

Scientists have also concluded that it was impossible the virus was man-made, according to Liang Wannian, another member of the WHO-China joint study team.

"There was no novel coronavirus in the Wuhan lab at all, so how could the virus leak from the lab?" Liang said.

Prof. Dwyer echoed that view, saying that "the most politically sensitive option we looked at was the virus escaping from a laboratory."

The Wuhan Institute of Virology "is an impressive research facility, and looks to be run well, with due regard to staff health," he said. "We concluded this was extremely unlikely."

British zoologist Peter Daszak, another member of the WHO team, said that during the visit to the institute, the experts were met with a level of openness even he had not anticipated, and that suspicion surrounding it had been "politicized on a global scale."

The schematic science-based approach in the study with China's total openness was not only reflected in the experts' visit to the virology institute, but throughout their trip in Wuhan.

"I can't stress enough how rewarding a process the trip has been. It went beyond all expectations in many ways. When we have had discussions in the expert team, it has only been based on data and documentation," said Thea Kolsen Fischer, also a WHO team member. 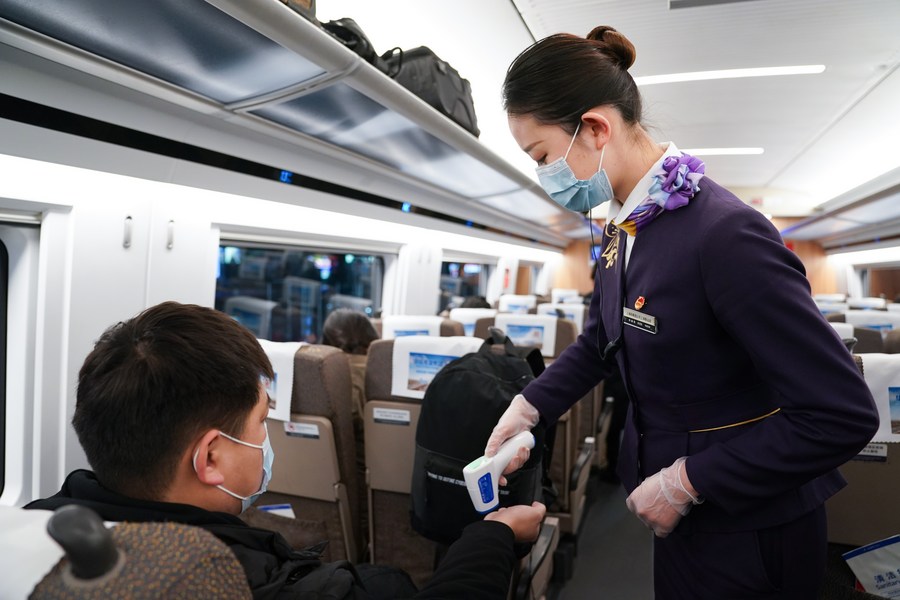 The Danish professor of virus epidemics and infections at the University of Copenhagen was also vocal in his criticism of a misguiding report published by the New York Times (NYT) on Feb. 12, which accused Chinese scientists of refusing to share important data about the COVID-19 pandemic, citing independent investigators for the WHO.

"This was NOT my experience either on the Epi-side. We DID build up a good relationship in the Chinese/Int Epi-team! Allowing for heated arguments reflects a deep level of engagement in the room," she explained on Twitter, saying the report "intendedly twisted" the interviewees' remarks and cast "shadows over important scientific work."

"We DID get access to critical new data throughout. We DID increase our understanding of likely spillover pathways," Daszak clarified on Twitter after he was quoted by the NYT.

The Chinese side granted full access to all sites and personnel as requested -- a level of openness beyond expectation, the Associated Press quoted Daszak as saying.

"We were asked where we wanted to go. We gave our hosts a list ... and you can see from where we've been, we've been to all the key places," he said.

"So this is an in-depth, deep understanding of the sites and the people who were involved," Daszak said.

"I think the outcome of the mission is a win for the international scientific community. We managed to find a way of getting studies done that would otherwise not have been done. The politicization of events has not helped over the past year," Ben Embarek told the Science journal on Feb. 13 in an interview.