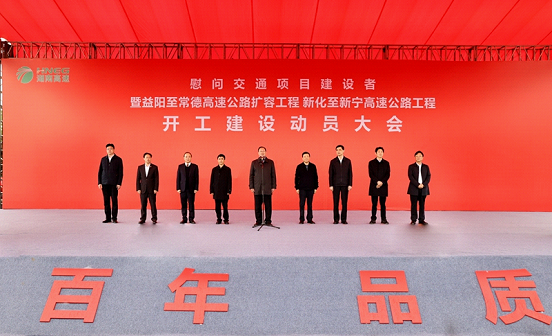 On April 8, Mao Weiming, CPC Hunan Provincial Committee deputy secretary and Hunan governor, attended the mobilization meeting for the Yiyang-Changde Expressway Expansion and the Xinhua-Xinning Expressway projects. He announced the start of the construction work for the two projects. 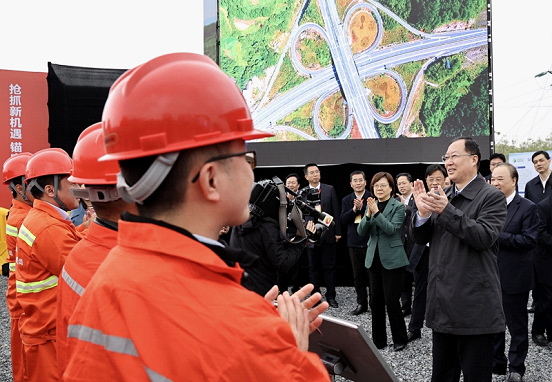 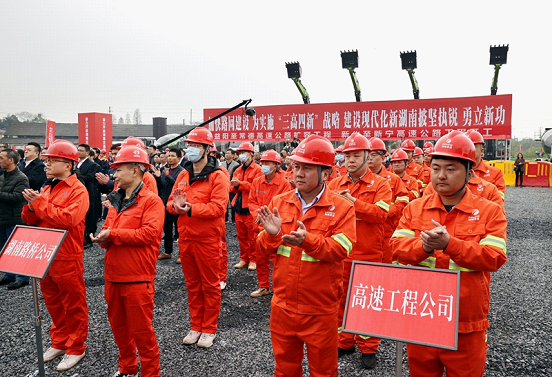 Site scene to mark the start of the Yiyang-Changde Expressway Expansion Project.

A campaign on mobilizing the Yiyang-Changde Expressway Expansion and the Xinhua-Xinning Expressway projects construction was held in Yiyang City on April 8, 2021. Mao Weiming, CPC Hunan Provincial Committee deputy secretary and Hunan governor, announced the start of the projects.

Governor Mao learned about the project progress and visited the construction workers. He asked for implementing the spirit of President Xi Jinping's important speech made when inspecting Hunan; carrying forward the Three Highlands and Four New Missions Strategy; and striving to build a modern new Hunan. It is necessary to seize the historical opportunity of the central government’s plan on promoting the high-quality development of central China; focus on the construction of a comprehensive transportation hub in central China; map out a number of large and good projects with strong foundation, long-term benefits, and concerning the people’s livelihood; and, build a moderately advanced and fully functional modern three-dimensional comprehensive transportation network. This will lay a good foundation for the “14thFive-Year Plan”, and celebrate the Party’s centenary with outstanding achievements.

He emphasized that the start of the two expressways construction marked orderly advancement of the “Ten Major Infrastructure Projects” in Hunan Province, and the start of all the 8,622-km expressway construction based on the current medium- and long-term plan of Hunan Province. This will further unblocked the economic and tourism channels between western Hunan and the neighboring provinces. It is a road to wealth, development, and the people's heart that the people along the route are eagerly looking forward to.