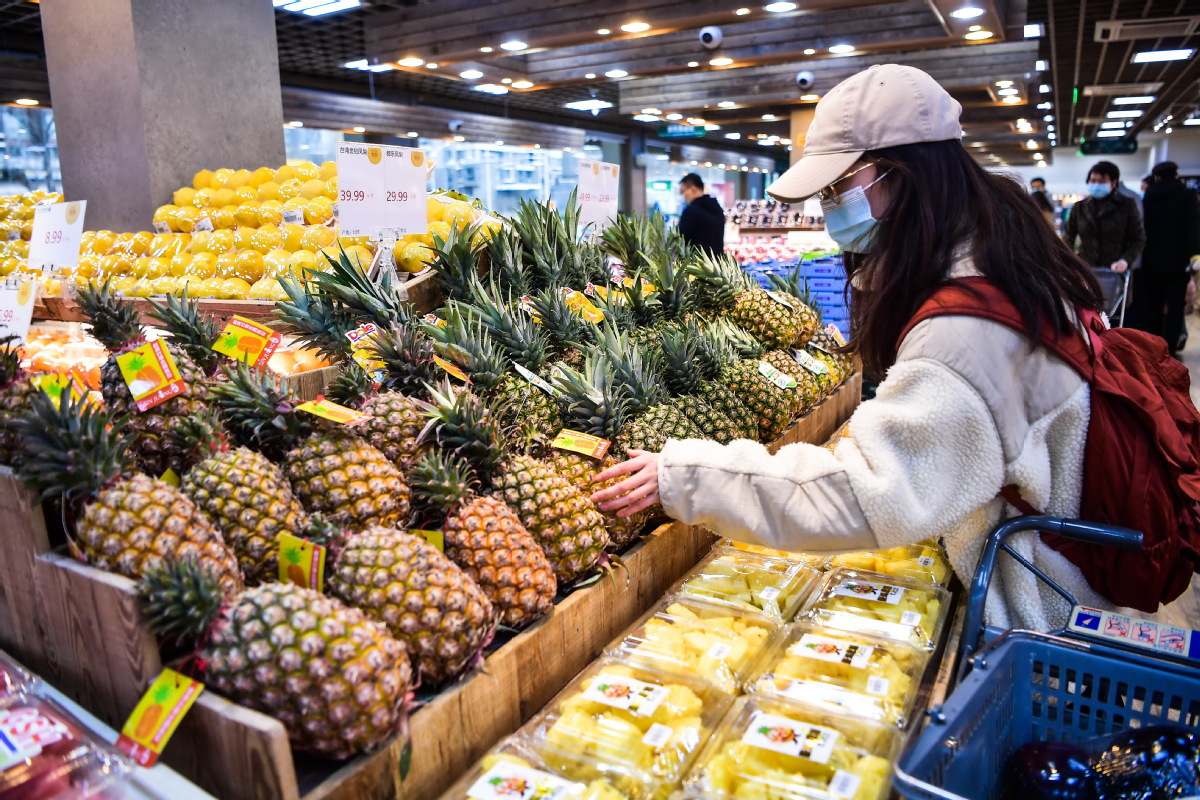 A woman buys pineapples in a supermarket in Beijing. [Photo/IC]

China's consumer price index, a main gauge of inflation, grew by 0.4 percent year-on-year last month, versus a 0.2 percent decline in February, the National Bureau of Statistics said on Friday.

The CPI reading picked up as non-food prices rose amid the rally in international commodity prices and recovering service prices while the effect of last year's high comparison base abated, the NBS said.

Non-food prices increased by 0.7 percent year-on-year in March, versus a 0.2 percent decline in the previous month, with industrial consumer goods growing for the first time in the past year due to rising oil prices, the bureau said.

The growth in core CPI, which excludes food and energy prices, came in at 0.3 percent last month, up from zero in the previous month.

Rising international commodity prices also pushed up China's producer price index, which gauges factory-gate prices, the NBS said. Led by sectors such as metal smelting and oil extraction, the PPI rose by 4.4 percent year-on-year last month, up from 1.7 percent in February and marking the highest level in more than two years.

Wang Qian, Asia-Pacific chief economist with the US-based Vanguard Investment Strategy Group, said China's CPI growth is expected to further pick up and come in at about 1.5 percent to 2 percent for the whole of 2021, below the government's control target of 3 percent.

The worldwide normalization of economic activities will sustain the rally in international commodity prices and prop up factory-gate prices in China, which will gradually filter into consumer prices, Wang said.

Domestically, pent-up demand for services, together with potential supply bottlenecks in some services sectors, may lead to the recovery in consumer prices, especially the core CPI, she said.