Up to 82 killed in huge fire at Baghdad hospital: ministry

A patient survivor seeking a new oxygen cylinder to replace the one he lost during the fire in Baghdad, Iraq on April 25, 2021.(Xinhua / Khalil Dawood)

BAGHDAD, April 25 (Xinhua) -- The death toll from a huge fire that broke out in a hospital treating coronavirus patients in Baghdad rose to 82 killed and some 110 wounded, the Iraqi Interior Ministry said on Sunday.

"The fire of Ibn al-Khatib Hospital resulted in the killing of 82 patients and health workers and the wounding of 110 others," Khalid al-Mahana, spokesman of the ministry, told the official Iraqiya channel.

"Many of the wounded are still in critical conditions," al-Mahana said. 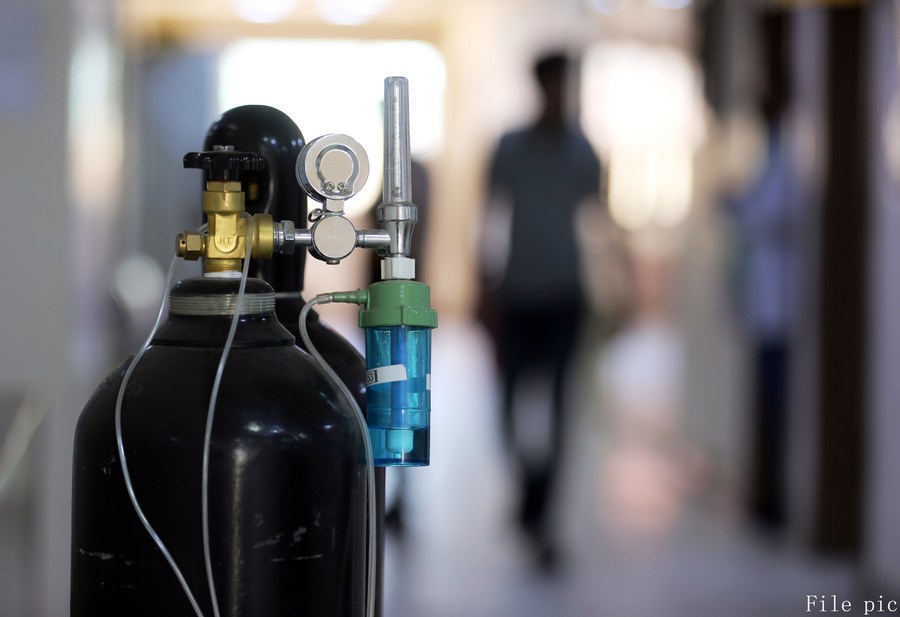 An oxygen cylinder used for people infected with COVID-19 at a health center in Baghdad, Iraq, August 27, 2020.(Xinhua / Khalil Dawood)

The incident occurred late on Saturday night when several oxygen cylinders exploded, setting a huge fire at Ibn al-Khatib Hospital, which is dedicated to treating coronavirus patients on the eastern side of the capital, said a statement released by the country's civil defense.

Civil defense teams and firefighting vehicles arrived at the scene to put out the fire and were able to prevent the fire from reaching the upper floors, the statement said.

They also rescued some 90 patients and health workers who were surrounded by flames in the building, the statement said.

One of the patients who survived the Ibn al-Khatib Hospital fire was transferred to another hospital in Baghdad, Iraq on April 25, 2021.(Xinhua / Khalil Dawood)

"Many patients were affected by the cut of oxygen cylinders during their evacuation from the hospital, and others suffocated by the smoke," the statement added.

A statement by the media office of Iraqi Prime Minister Mustafa al-Kadhimi said that al-Kadhimi has ordered an immediate investigation into the incident and that the families of the victims should be compensated and treatment is provided for the wounded. 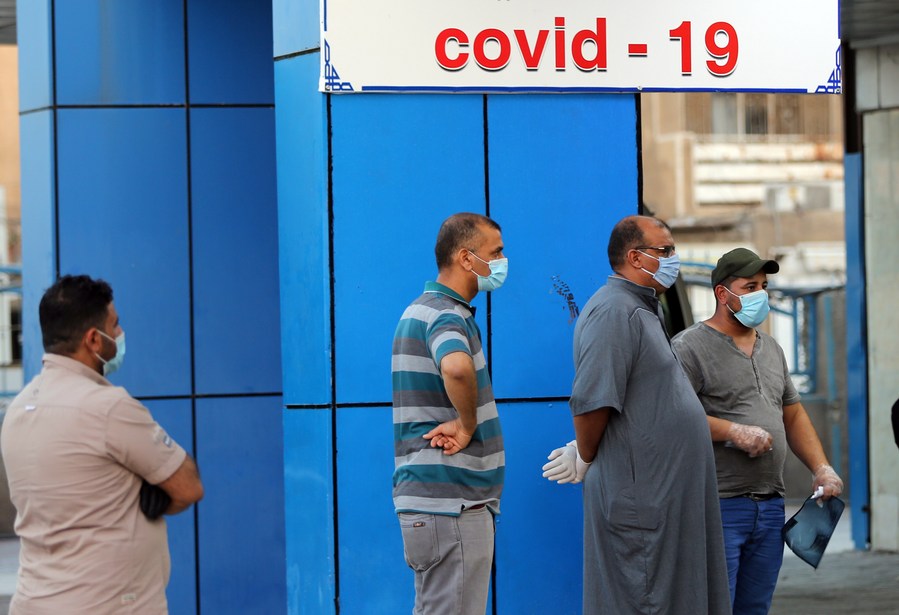 Locals wait for COVID-19 tests at a hospital in Baghdad, Iraq, on June 4, 2020.(Xinhua/Khalil Dawood)