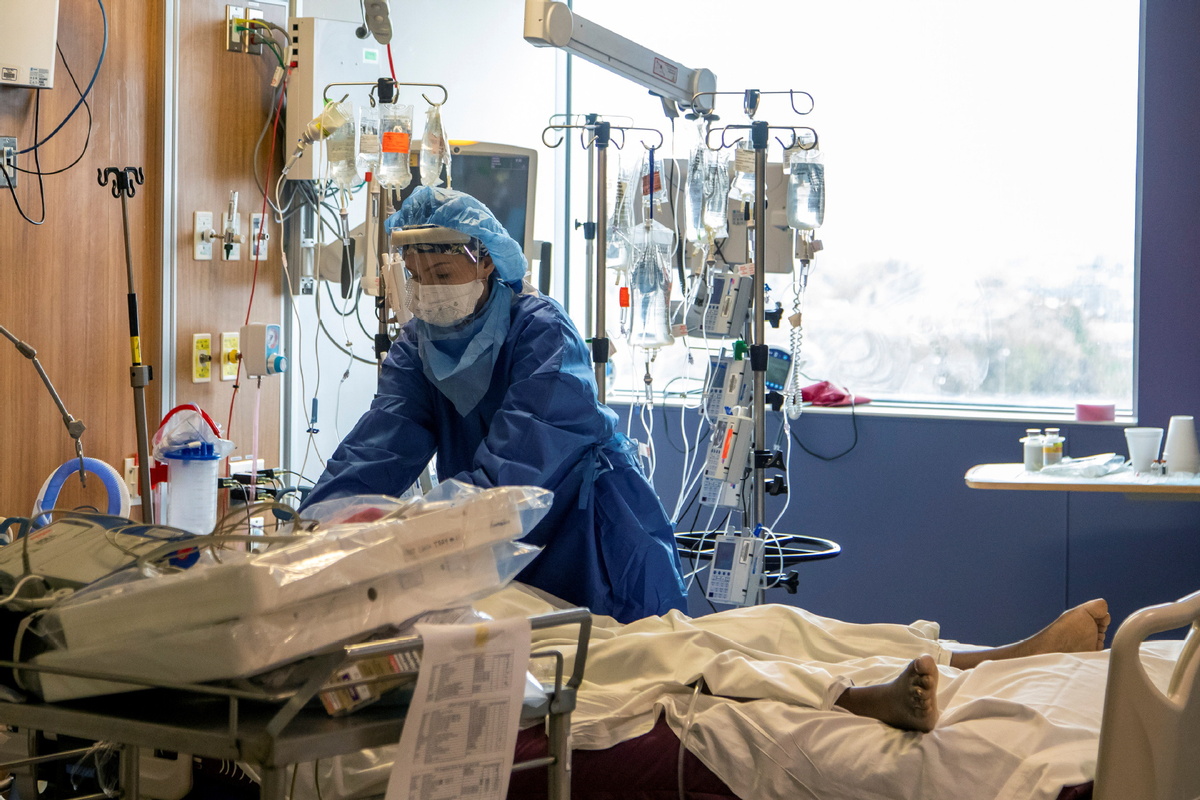 A healthcare worker removes a coronavirus disease (COVID-19) patient from machines after they died inside the intensive care unit of Humber River Hospital in Toronto on April 15, 2021. [Photo/Agencies]

OTTAWA -- COVID-19 is continuing to strain Canada's healthcare system despite a seven-day average of 8,444 new cases daily between April 16 and 22, a 2.6 percent decrease from the previous seven-day period, according to the Public Health Agency of Canada on Saturday.

On average 4,167 COVID-19 patients were being treated in Canadian hospitals each day during the week of April 16 to 22, marking a 22 percent increase over the week before.

Tam said that included an average of 1,268 people requiring intensive care each day, which was 21 percent more than in the previous week.

These represented the tip of the iceberg, as there were many more COVID-19 cases that had screened positive for mutations indicative of variants of concern, she said.

At the same time, the continued rise in P.1 cases remained concerning, particularly with early evidence suggesting the P.1 variant might reduce the effectiveness of vaccines, making it even more important to control its spread, Tam said.

As of Friday, Canada, with a population of 38 million, administered almost 11.4 million doses of COVID-19 vaccines, Tam added.