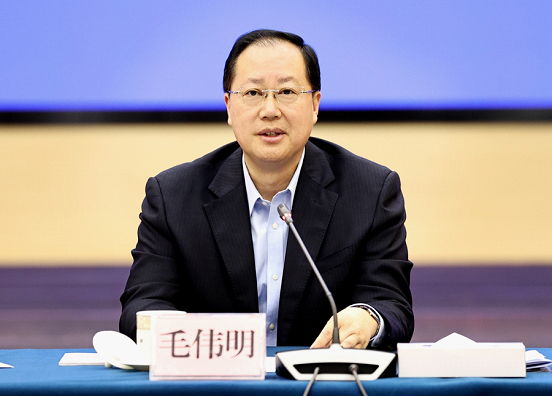 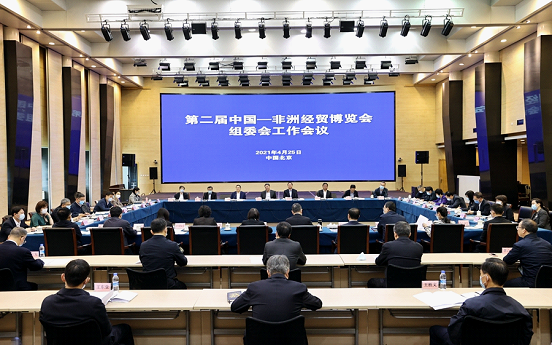 Minister Wang, on behalf of the CAETE Organizing Committee and the MOC, thanked the CPC Hunan Provincial Committee and the People’s Government of Hunan Province for their hard work, and the Organizing Committee members for their care and support. He asked to study and implement the spirit of President Xi Jinping’s important instructions, and unify our thoughts and actions into Xi’s requirements and the orientation set for the expo. We should comprehend that hosting CAETE well is an important measure to deepen China-Africa cooperation in the new development stage. It will provide another important carrier for serving and building a new development paradigm and promoting a higher level of opening up. It will also make a good start for China-Africa economic and trade collaboration during the “14thFive-Year Plan” period, and play an important and active role in serving the overall situation of China’s foreign affairs, he added.

Governor Mao, on behalf of the CPC Hunan Provincial Committee and the People’s Government of Hunan Province, thanked the relevant ministries, commissions, offices, administrations, central enterprises, and business associations for their strong support for the first CAETE. He said that Hunan hosted the first session in 2019, and a total of 81 cooperation agreements worth 20.12 billion USD were signed. At present, 24 projects outside Hunan province and 22 projects within the province are progressing smoothly. The project cooperation has been fruitful, the cooperation mechanism got improved and practical, and the demonstration and driving effect was prominent. Hunan government will implement General Secretary Xi Jinping’s important exposition on opening up; make all-out efforts to host the second CAETE; and, contribute to the implementation of high-level opening up in the new era.

The meeting reviewed such documents as the implementation plan for the second expo and the working procedures of the organizing committee secretariat. The MOC West Asia and Africa Department, the Hunan Provincial Department of Commerce, and the Changsha Municipal People’s Government representatives reported on the progress of the preparations for the expo. Representatives of some Organizing Committee members including the Ministry of Foreign Affairs, the Ministry of Finance, the National Health Commission, and the General Administration of Customs gave speeches successively.