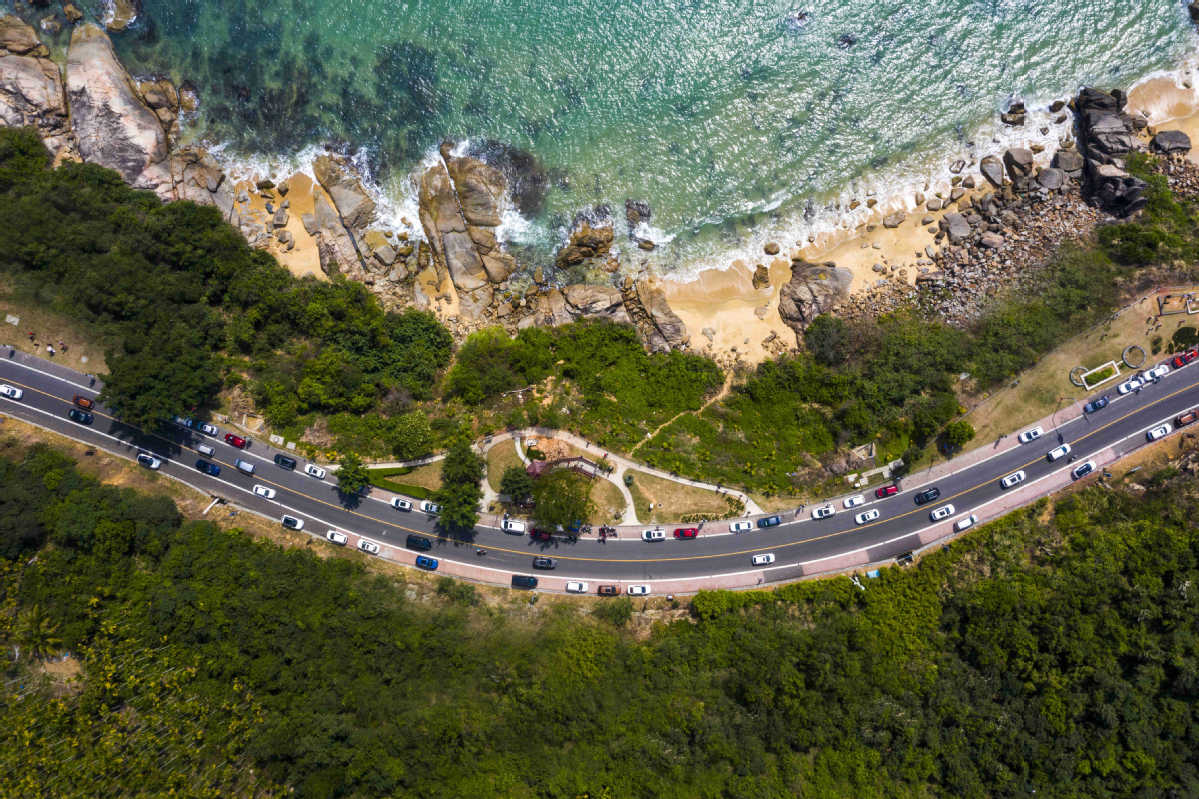 Cars park along a coastal highway in Wanning, Hainan province, in February, as some tourists get out to enjoy the scenery. YANG SHIZHONG/FOR CHINA DAILY

China expects to see around 250 million domestic trips during the upcoming May Day holiday, from May 1 to 5, according to the estimation made by the Ministry of Public Security's Traffic Management Bureau on Monday.

Due to favorable factors such as the domestic epidemic situation under control and toll-free access to expressways during the holiday, domestic travel will witness a boom, and air tickets, hotels and other bookings have significantly exceeded the same period in 2019, the bureau said.

The rise of self-driving travel would be prominent during the period, and the road traffic pressure in popular tourist cities and key scenic spots may double, it said.

By the end of March 2021, the number of private cars in China reached 229 million, and the number of long-distance self-drive trips during the holidays would increase significantly, it said.

Besides, nearly 60 percent of the major accidents that occurred amid the holiday during the past three years were caused by private cars, according to research made by the bureau.

The first day, the penultimate day and the last day of the holiday would be the travel peak, and drivers should be careful of overtaking, fatigue driving and driving at night, it said.

The bureau reckoned that the traffic on the main road network will increase, with expressway congestion expected to increase by more than 10 percent year-on-year. Also, passenger bus and truck accident risk would be prominent due to the strong demand for transportation.

The bureau also reminded drivers and travelers to pay attention to traffic information and traffic safety tips released by the local traffic management department and arrange the travel time and route in advance.