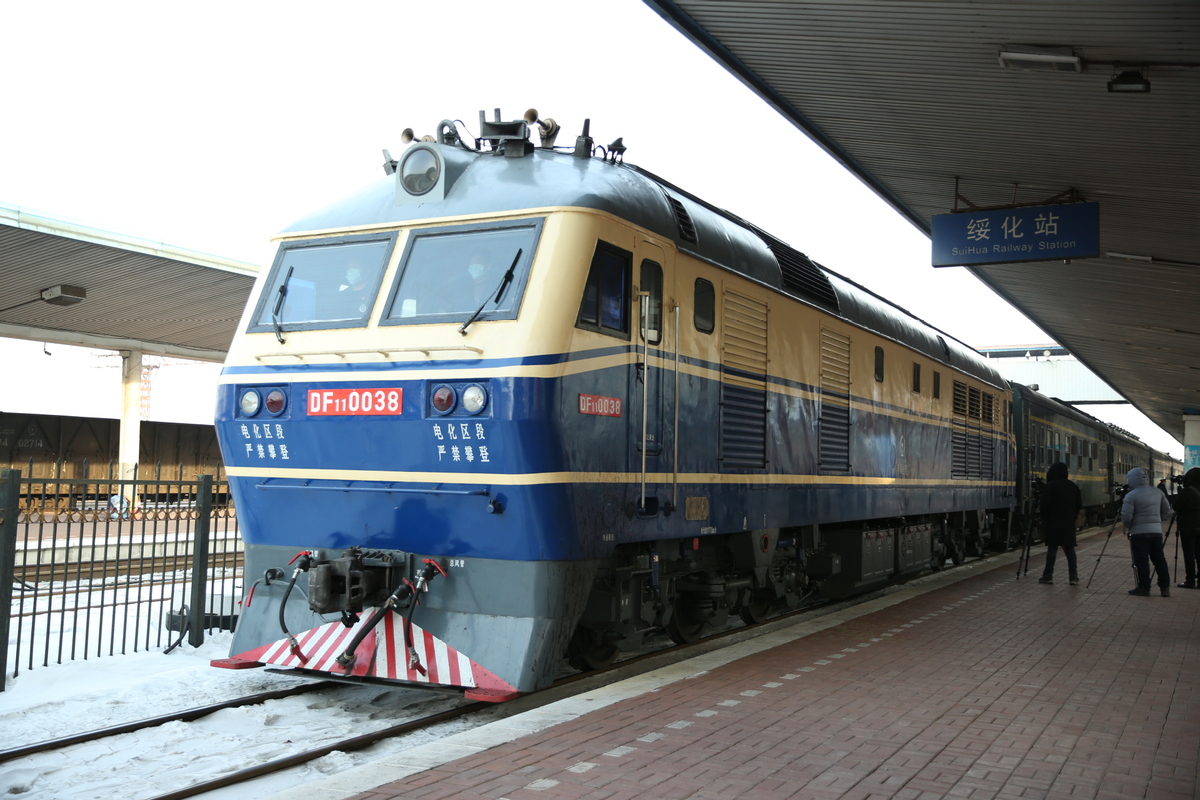 A special train carrying more than 500 migrant workers left the railway station in Suihua, Heilongjiang province, on Thursday for the rice fields of the Sanjiang Plain.

Zhao Zhongshan, 50, who rents 37 hectares on Jiangchuan Farm on the plain, was waiting to pick up nine workers from the train and bring them to his farm.

"Last year, thanks to the migrant workers, rice planting was finished on schedule, and I had a good harvest," said Zhao. "The profit from my rice farmland reached 120,000 yuan ($18,500). This year, I hope the transplanting of rice seedlings will go well and we can receive another good harvest in the autumn."

Due to the climate, the best period for planting rice seedlings on the plain is May 5 to 25.

Because there are not enough local farmhands, groups of migrant workers move to the area for three weeks every year. Most of them come from rural parts of Suihua city.

Since 2000, when the China Railway Harbin Group introduced the service, special trains have transported over 1.7 million migrant workers to and from the rice production areas in the province.

In 2021, two special rail lines from Suihua to Fuyuan, a county-level city on the Sanjiang Plain, along with two fixed lines, are expected to transport about 40,000 migrant workers by May 25, according to the group.

"To make a rational and effective train schedule, we have worked with surrounding villages and towns in advance, getting information about passengers' travel schedules and destinations," said Liu Ming, deputy director of Suihua Railway Station's passenger transport section.

"It is the first year for passengers to scan their ID cards to board the special train. We opened a hotline to guide the passengers who didn't know how to book tickets online."

"However, since 2018, the number has continued to drop steadily as mechanized agriculture has greatly increased," he said.

Jiangchuan, a State-owned rice farm on the Sanjiang Plain, has 20,000 hectares of arable land that are used to grow rice.

"Before 2018, our farm needed about 4,000 workers every year to plant rice seedlings. Around 3,400 of them are hired from areas outside the plain," said Li Zhiguo, director of the farm's department of agricultural development.

"This year, around 2,500 workers will be hired for transporting rice seedlings, placing them on paddy transplanters and working in the areas that the machines can't reach."

Lin Guixia, 45, a farmer from Ronghe village, Lanxi county, was one of the workers taking the first special train to Qianfeng Farm.

Zhang Hongcheng contributed to this story.