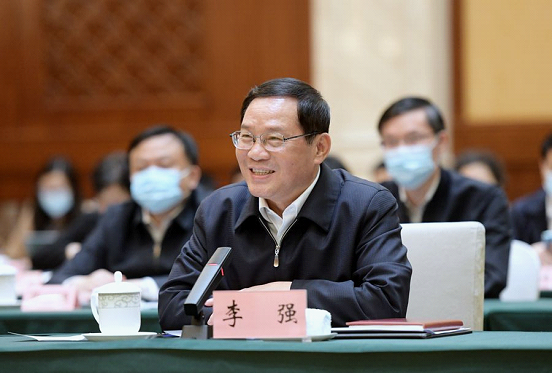 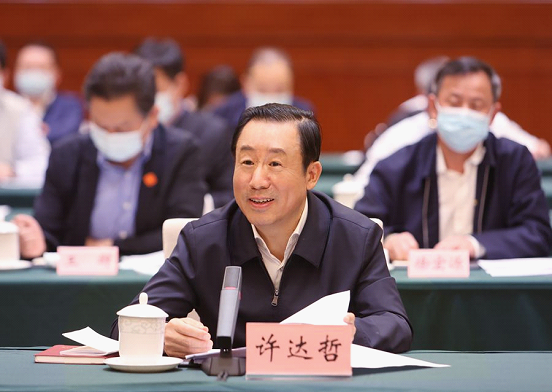 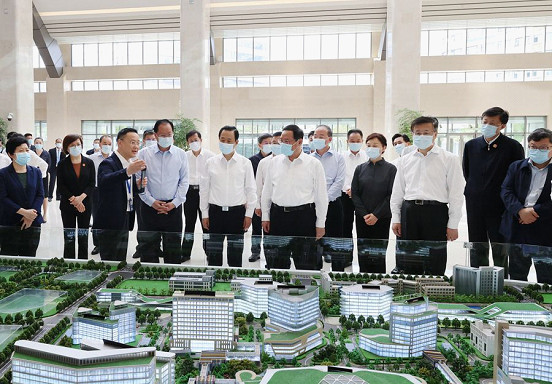 During their stay in Shanghai, the Hunan delegation climbed up the AI Tower located in the West Bund and overlooked the Xuhui Riverside, to learn about urban planning and construction and layout and development of industries such as artificial intelligence, media, finance, and art. They were told about the big changes of the shoreline of the Huangpu River. The once “industrial rust belt” has been transited to the “life and industrial show belt”. At the Shanghai Pilot Free Trade Zone (FTZ) Enterprise Service Center, the delegation listened to various briefings on the construction of the FTZ, including the reform of “one industry, one license” for market access, the “one-stop market access approval”, and other measures to improve service efficiency and optimize business environment.

Zhangjiang Science Center has gathered a number of large scientific facilities, first-class innovative universities, scientific research platforms, and internationally renowned technology companies. The delegation visited the comprehensive exhibition hall and learned about the creation of an innovative ecology and the development of high-tech industries.

The delegation went to Shanghai Big Data Center to learn about the specific measures and effects of the “One-stop Internet Service” work, as well as Shanghai’s work ideas and practical experience in accelerating the digital transformation of citizens’ production and life. They also came to the Hongqiao International Medical Center Imaging Diagnostic Center, to understand its planning, construction, and operation.