On May 9 and 10, Mao Weiming, CPC Hunan Provincial Committee deputy secretary and Hunan governor, led a team to visit Jiangsu Province. The photo shows Governor Mao and his entourage visiting the Suzhou Institute of Nano-Tech and Nano-Bionics (SINANO), Chinese Academy of Sciences (CAS) at the Suzhou Industrial Park. 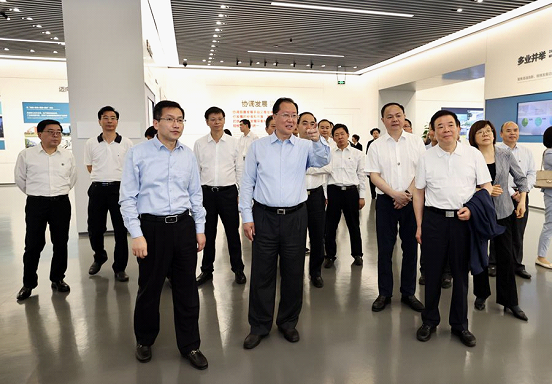 Governor Mao and his party at the Suzhou Industrial Park Exhibition Center. 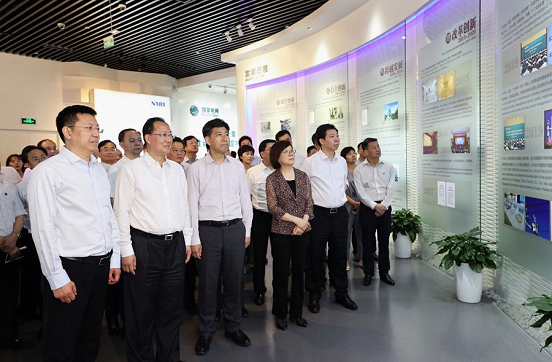 Governor Mao and his entourage at the Purple Mountain Laboratory of Network Communications and Security in Nanjing.

Mao Weiming, CPC Hunan Provincial Committee deputy secretary and Hunan governor, led a team to visit Suzhou, Taizhou, and Nanjing in Jiangsu Province on May 9 and 10, 2021. They learned about industrial parks construction. Governor Mao urged the members to learn the experience and practices of Jiangsu industrial parks development. It’s important to adhere to the concept of high-end orientation, planning as a leading role, innovation-driven development, and investment promotion under themes; and, continuously optimize the business environment, to make industrial park an important support for the “Three Highlands and Four New Missions” Strategy, he said.

During the visit, Governor Mao noted that strong and thriving industrial parks will result in a powerful and prosperous economy. He said that it is necessary to:

-Highlight the planning as the leading role, stick to the principle of “drawing a blueprint for now and future’s development”, and coordinate the layout of production, living, and ecological spaces;

-Build and take platforms as supporters; give full play to the roles of various parks and zones at all levels and pilot free trade zone; build talents, innovation, finance, and logistics platforms; and carry out precise investment promotion under the themes of industry, finance and modern service industry; and,

-Optimize the business environment, continue to further reforms to streamline administration and delegate power, improve regulation, and upgrade services, accelerate the building of a trustworthy government, and make the first-class environment the best business card and the best attraction for investment.