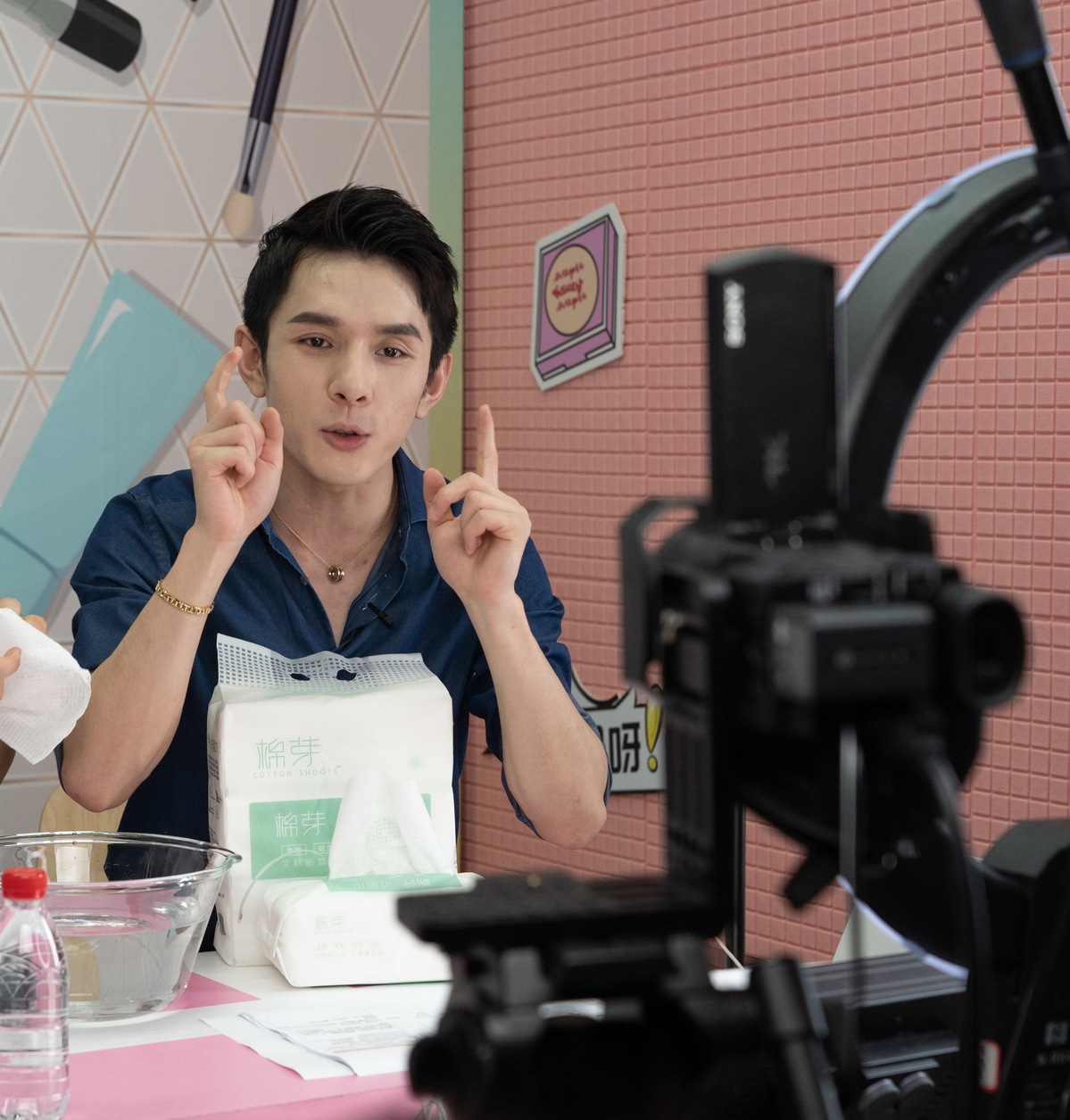 When Li Jiaqi first started livestreaming promotions for cosmetics in Shanghai four years ago, this model of e-commerce was still in a nascent stage, and most people did not fully understand how it worked.

Determined to make an impact, the young man from Yueyang, Hunan province, spent up to eight hours per day promoting products online and held up to 389 livestreaming events a year. In one event, he demonstrated 380 different lipsticks.

That kind of tenacity eventually paid off, and today, Li is arguably the most well-known internet celebrity in China.

"The term 'internet celebrity' didn't have a positive connotation when I first came to Shanghai several years ago, but the people here respected my choice of profession, regardless," the 29-year-old said.

"Shanghai is an innovative city, full of vitality. There are talented people here from all over the world who are not afraid to work hard in new and emerging fields. If you work hard in Shanghai, you will succeed."

According to the city's policy, high-end talent, professionals urgently needed by key institutions, technicians and employees with innovative skills, as well as talent with top professional qualifications or who possess outstanding skills can apply for permanent residency.

He singled out Shanghai Fashion Week as an example of how the city champions fledgling enterprises, giving them exposure to wider audiences.

For all his fame and fortune, Li is far from self-absorbed. The livestreaming star has leveraged his fame to aid causes, such as raising awareness of consumer rights on World Consumer Rights Day, and to help revive the country's economy in the aftermath of the pandemic.

Last year, Li and his team visited Ninglang in Yunnan province, Xiadang in Fujian province and the Hope Primary School in Hunan to help tackle the lackluster sales of rural produce in the wake of COVID-19. Together with the China Youth Development Foundation, he also launched a charity that donated 10 million yuan ($1.54 million) to help build 20 Hope Primary Schools in a dozen provincial-level regions.

According to statistics by Meione, the e-commerce company specializing in cultivating online celebrities of which Li is a partner, the special livestreaming sessions he held to promote agricultural produce from these areas generated more than 200 million yuan ($30.8 million) in sales. A similar promotion in aid of agricultural and aquacultural businesses in Hubei province, also severely affected by the pandemic, received more than 127 million views and resulted in over 40 million yuan worth of sales.

"I believe that as a new resident of Shanghai, I have a responsibility toward the healthy and standardized development of the e-commerce and livestreaming industries, and to contribute to the economy of my city," he said.

Li's next goal is to use his promotions to help domestic products, like agricultural produce and original designs, become better known to a larger audience. Participating in more public welfare events is also on his to-do list.

"As a public figure, I can no longer just focus on the data. I have to do more meaningful things, like bringing love to others."