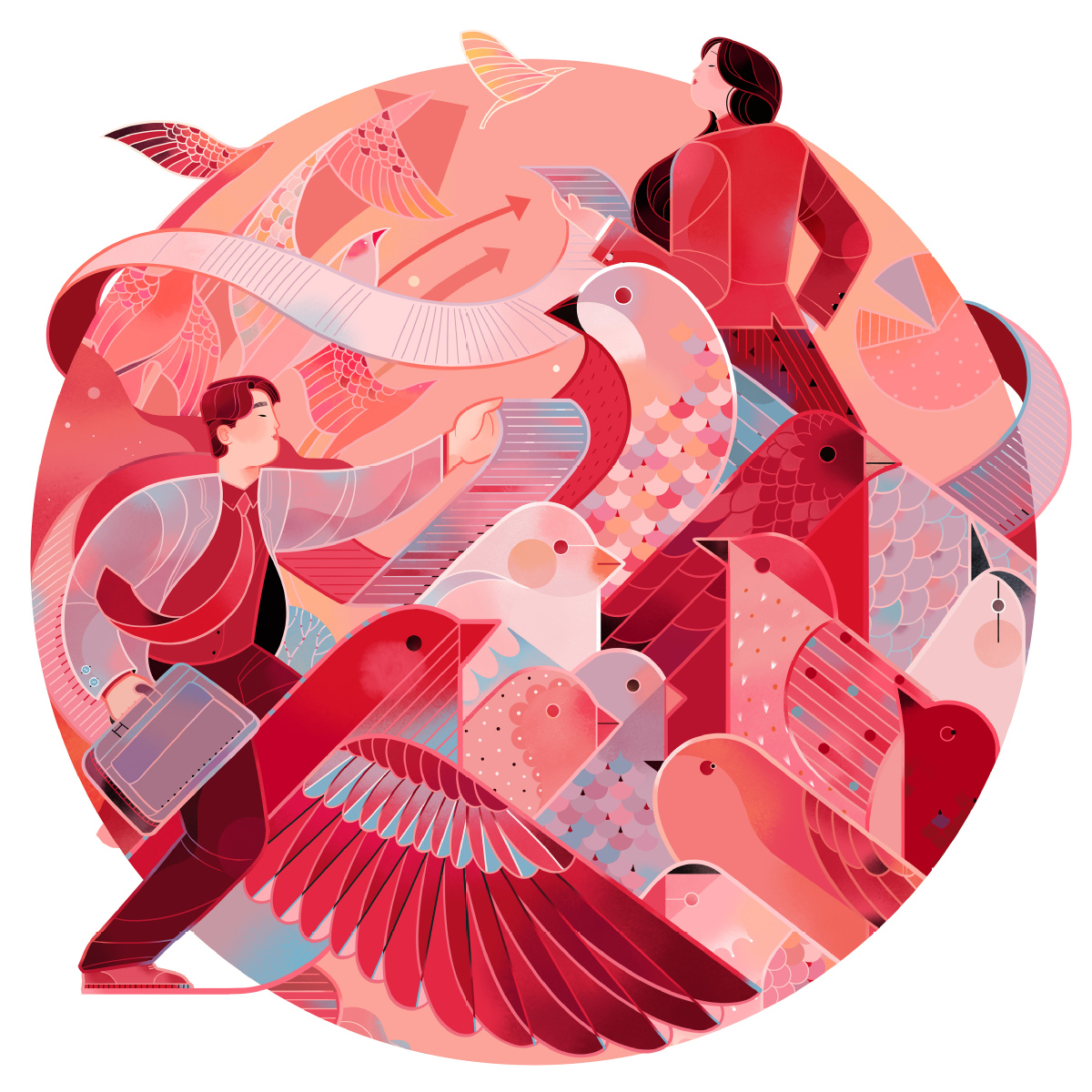 As China observes the 100th anniversary of the founding of the Communist Party of China this year, let us analyze the country's development in the international context.

Indeed, many see China's economic and social development as a miracle. It is hard to imagine today that only four decades ago, before reform and opening-up were launched, China's per capita income was less than one-third of the average in Sub-Saharan Africa. With a trade-to-GDP ratio of less than 10 percent, China was an inward-looking country.

However, today China is the world's second-largest economy and likely to overtake the United States as the largest economy (in nominal terms) in a few years. Also, the country's share in global industrial production has reached one-fifth of the total from less than 2 percent just a couple of decades ago.

China also has set an example in eliminating poverty by lifting more than 700 million people out of absolute poverty and contributing to 70 percent of global poverty reduction.

An integrated approach to economic, social and political governance is one of the main reasons for China's success. It consists of gradual economic reform, including progressive introduction of market institutions, smart fiscal reforms, and financial sector and exchange rate reforms.

China gradually marketized its economy by transforming the government's role and functions, and strengthening the rule of law while steadily opening up the economy to the outside world and further integrating into the global labor market. These processes were accompanied by the establishment of special economic zones, culminating in China's entry into the World Trade Organization in 2001.

The other factors that have played important roles in this transformation include deep institutionalization, industrialization and urbanization, improvement in the economic structure, and intensified technological transfer. The rise of China on the global stage gave birth to a new pattern of industrial development marked by capital-intensive production with the support of high technology. Other peculiarities of the pattern are State-owned enterprises and partnerships with foreign investors, which in turn helped transform China into the "workshop of the world".

China has achieved unprecedented economic growth owing to such bold and innovative ideas.

While these factors allowed for spectacular socioeconomic development, China has introduced a number of international initiatives that have helped stabilize the global order and promoted innovation.

Equally importantly, adherence to multilateralism, upholding of a fair and equitable global governance system, and respect for international law by China and Russia are the key factors that have prevented the world from plunging into chaos, despite the attempts of some Western countries to undermine the world order.

China and Russia have consistently maintained that Cold War mentality and zero-sum games have no future in today's world, and cultural and political diversity are necessary for peaceful global development.

Both countries believe that ideological and political confrontation will lead us nowhere. This is the basic principle behind China promoting peaceful global development by helping build a community with a shared future for mankind, and Russia upholding the sanctity of international law and sovereign equality of states－which is in stark contrast to some Western powers' preference for "totalitarianism over international relations", as Russian Foreign Minister Sergei Lavrov said, via video link, at the UN Security Council meeting earlier this month.

China's stance on international development issues is the same as that of Russia, and forms the basis of the strategic partnership and friendship between the two sides.

In his phone call with Chinese President Xi Jinping last December, Russian President Vladimir Putin said Russia and China share common global interests and have the same views on many issues. Earlier, Putin had said his friendly relations with President Xi has further consolidated the partnership between the two countries.

In order to develop a fairer and more equitable world order, China and Russia have been promoting multilateral organizations such as BRICS, which has become a strong voice of the developing world. Beijing and Moscow also want all countries, regardless of their economic and military might, to be treated as equal partners in the pursuit of global prosperity.

Incidentally, the BRICS New Development Bank was the first global financial institution to offer help to countries to contain the COVID-19 pandemic and overcome its economic impact－and has already disbursed $7 billion among BRICS states to this effect.

Also, China's adherence to international law and multilateralism makes it an ideal partner of choice for other countries to improve global governance.

China and Russia, indeed all the five BRICS states, advocate economic openness, liberalization of global trade and investment, and support the World Trade Organization-centered multilateral trading system, while condemning all forms of protectionism. And to help build a more democratic world order, China and Russia advocate respect for sovereign equality, adherence to the UN Charter, and non-interference in the domestic affairs of other countries.

In fact, China has succeeded in building a worldwide network of partners because it emphasizes that no country pursue global dominance and instead make efforts to ensure that global development benefits all countries. It is on this principle that China proposed the Belt and Road Initiative, which is aimed at improving connectivity across countries and thereby boosting their economic development.

The Belt and Road Initiative, coupled with the Eurasian Economic Union, offers new impetus for global prosperity and sustainable development and could be seen as key elements of the Greater Eurasian Partnership proposed by Putin.

There is an urgent need therefore to establish a closer partnership among the people of China and Russia, Eurasia and the world, and use the centenary of the CPC and 20 years of Russia-China Treaty of Friendship, Neighborliness and Cooperation to seek ways to build a community with a shared future for mankind and offer new innovative ideas for the global public good.

The author is vice-president for International Relations of the Far Eastern Federal University, Scientific Supervisor of the BRICS Expert Council, and adviser to the Russian Institute of Strategic Studies.