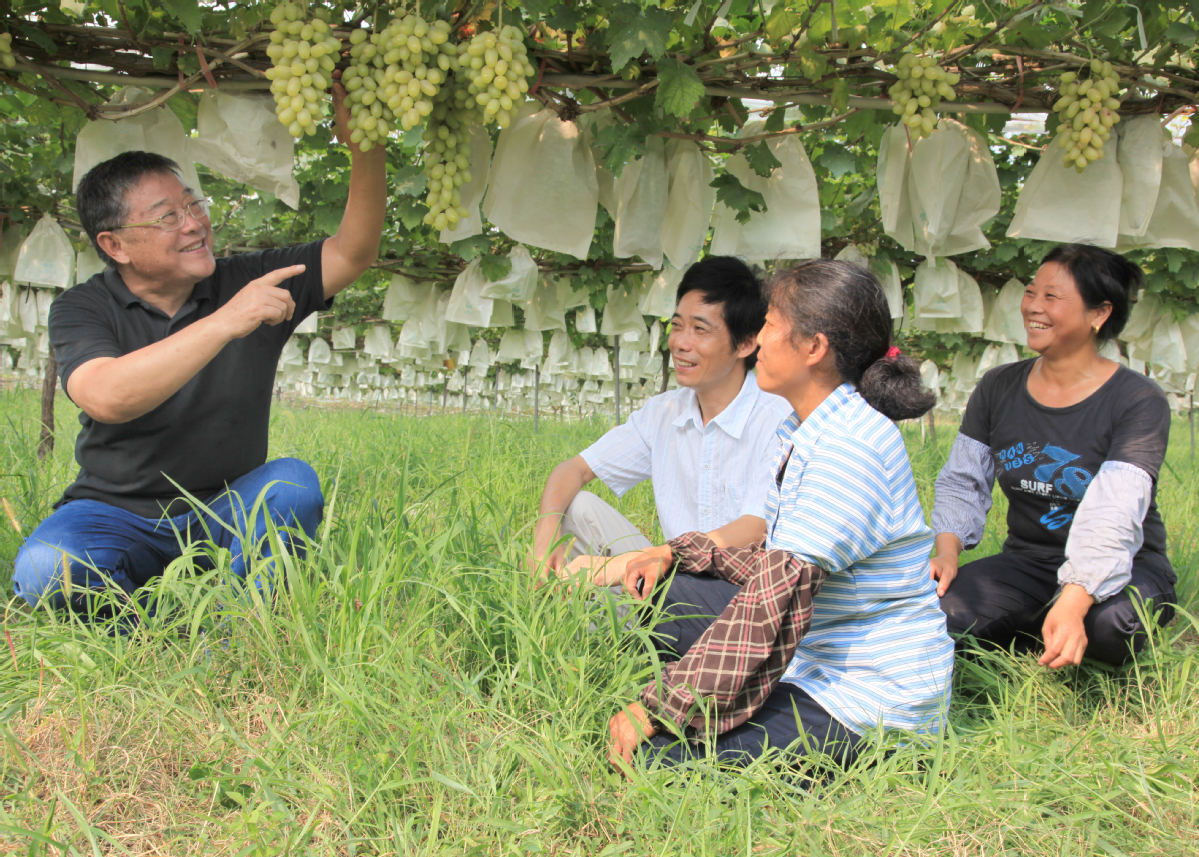 While most people in their 80s are content to enjoy life after retirement, Zhao Yafu, an agricultural researcher in Zhenjiang, Jiangsu province, prefers to spend most of the year working in the fields.

He said he enjoys helping farmers in their efforts to alleviate poverty, and in his 60 years working in Zhenjiang, he has helped 160,000 farmers cultivate more than 166,000 hectares and introduced new techniques and technologies that have helped them shake off poverty.

Born in 1941, Zhao's childhood dream was to become a journalist. But the series of natural disasters and famine related to them that China suffered in the late 1950s and early 1960s changed his mind.

A college student at the time, Zhao witnessed how hard rural lives could be. Farmers lived in dilapidated village shacks surrounded by animal dung.

"For example, in Daizhuang village just north of Nanjing, many men were not able to marry because they were too poor," he said. "Their living conditions shocked me, so I decided to do something to help."

His initial attempt did not go according to plan. When he gave his first lesson on agricultural science at an abandoned primary school in the village, only two farmers showed up and sat staring at him suspiciously.

"That only proved what I was doing was necessary," Zhao said. "The villagers needed someone to help them change their minds and embrace new techniques."

One of the two men, Du Zhongzhi, did adopt the techniques Zhao taught and switched to a new rice variety, but he was mocked by other farmers, who laughed at how loosely he planted the seedlings, saying that he would end up harvesting less rice.

Du went back to Zhao and said that he was thinking of pulling out the new seedlings and planting the old variety instead. Zhao counseled patience and guaranteed the farmer that he would compensate him for any loss if he ended up harvesting less rice.

To the other farmers' surprise, Du's new variety tasted better and so sold for a higher price. Although many people still did not entirely trust Zhao, and could not believe anyone would teach them skills free of charge, he no longer had any problem filling his classroom, or introducing new techniques.

With time, the farmers' suspicions abated. Zhao encouraged them to turn to other crops such as strawberries and grapes, which brought in more money. Gradually, their lives began to improve. As more of the shacks were replaced with new houses and roads were paved, the villagers came to understand that all Zhao really wanted was to help them escape poverty.

In 2018, Zhao set up the Yafu Workshop. He and his team have been responsible for training 1,200 professional agricultural experts and helping more than 450,000 farmers.

He keeps the numbers of over 200 farmers on his phone, but anyone, including strangers, can call for advice and he still makes site visits if requested.

Zhao's efforts extend far beyond Jiangsu. He and his team have been active in poverty alleviation work between eastern and western China. Since 2013, they have helped more than 160,000 farmers in western China earn nearly 30 billion yuan.

"I started Japanese when I was 40, marketing when I was 50, computers when I was 60 and growing organic vegetables when I was 70. It was all interesting, and with what I've learned, I'm better able to serve the farmers."

"I have fought poverty in rural areas my whole life. I saw how poor villages used to be, and I also saw how they have been transformed over the years. I will continue with my work for as long as my health permits," said Zhao.