US hits a new low in demonizing China on vaccines, climate change 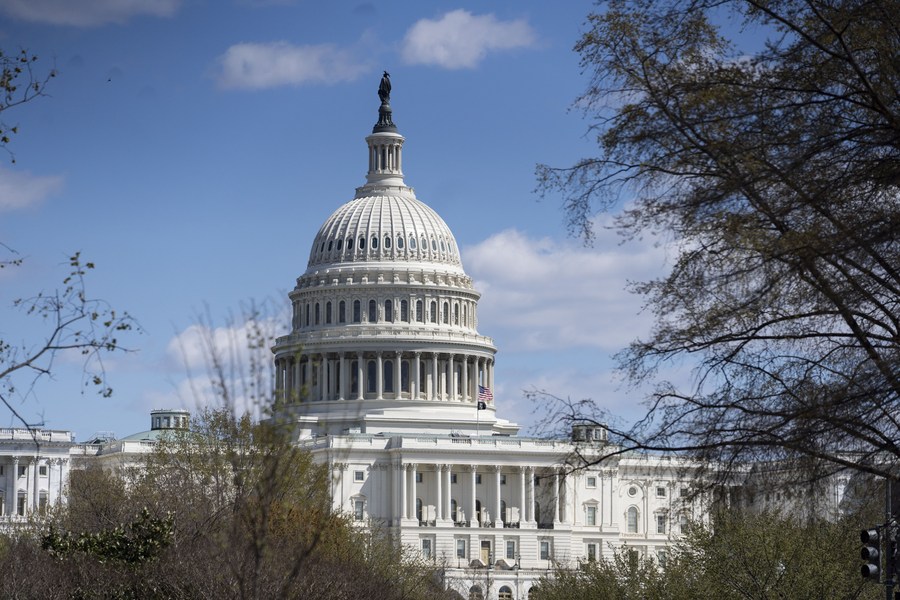 Photo taken on April 2, 2021 shows the US Capitol building in Washington, DC, the United States. [Photo/Xinhua]

It's no secret that American leaders are obsessed with demonizing China, but slandering China for its role in global issues such as the fight against climate change and COVID-19 betrays the United States' promise to strengthen multilateral cooperation and instead undermine global solidarity.

Unfortunately, US President Joe Biden did that again when he announced on Monday that Washington will share another 20 million novel coronavirus vaccine doses in addition to the 60 million AstraZeneca doses it had pledged earlier.

It was good to see the Biden administration finally deciding to halt its vaccine nationalism in the face of growing pressure at home and abroad. Biden's announcement came days after World Health Organization Director-General Tedros Adhanom Ghebreyesus made a fresh appeal to rich nations to share the vaccines with poorer countries so they could vaccinate their healthcare workers and vulnerable groups before vaccinating children and others.

Yet Biden sounded virulent when he said that the US has pledged to share a substantially higher number of doses with other countries than Russia or China. He added that "there's a lot of talk about Russia and China influencing the world with vaccines" and "we want to lead the world with our values", stressing that "democracy will lead the world out of this pandemic".

By making such a statement, Biden showed that he is no different from his predecessor Donald Trump in practising the "America first" vaccine policy as well as politicizing the pandemic response.

Worse, his claim is factually incorrect. According to an early May report by Airfinity, a life science intelligence firm, China has shipped about 240 million doses overseas, more than all other countries combined, and has committed to providing another 500 million.

In fact, the US is also far behind Russia, India and the European Union in vaccine exports. The WHO has long warned against politicizing the pandemic response, saying the virus knows no ideology or political system, and yet Biden continues to do exactly that.

Biden is wrong on another count, because many so-called democratic countries have fared poorly in terms of COVID-19 response, with the US leading the world in the number of cases and deaths.

If Biden means what he said when he claimed the US will not "use our vaccines to secure favors from other countries", the US should distribute some doses to Cuba, Iran, Venezuela and the Democratic People's Republic of Korea, and immediately lift sanctions that have severely hampered the pandemic response in these countries.

The sad truth is that many in India, where the outbreak is still raging, are still wondering why the US has not shipped any vaccines to their country despite the US Centers for Disease Control and Prevention saying that there are more than 27 million unused Moderna vaccine doses and 35 million Pfizer BioNTech doses in the US.

On Tuesday, Biden toured a Ford electric car center in Michigan to sell his $2-trillion-plus infrastructure plan, which is being opposed by most Republican and some Democrat lawmakers, and said that "right now, China is leading in this (electric vehicle) race" but "well, I got news for them: They will not win this race. We can't let them".

The fact that China has invested heavily in electric vehicles and renewable energy, and is the leader in these fields has been widely applauded as a good example of how to fight climate change. But the Biden administration has shown its true colors, by revealing its China-containment strategy, even when tackling global challenges like climate change.

The Barack Obama administration, with Biden as the US vice-president, warmly applauded the close Sino-US cooperation in the fight against the Ebola outbreak in West Africa, climate change and nuclear non-proliferation. But the Biden administration has shown its real face by trying to undermine global cooperation in the fight against common challenges.

The author is chief of China Daily EU Bureau based in Brussels.