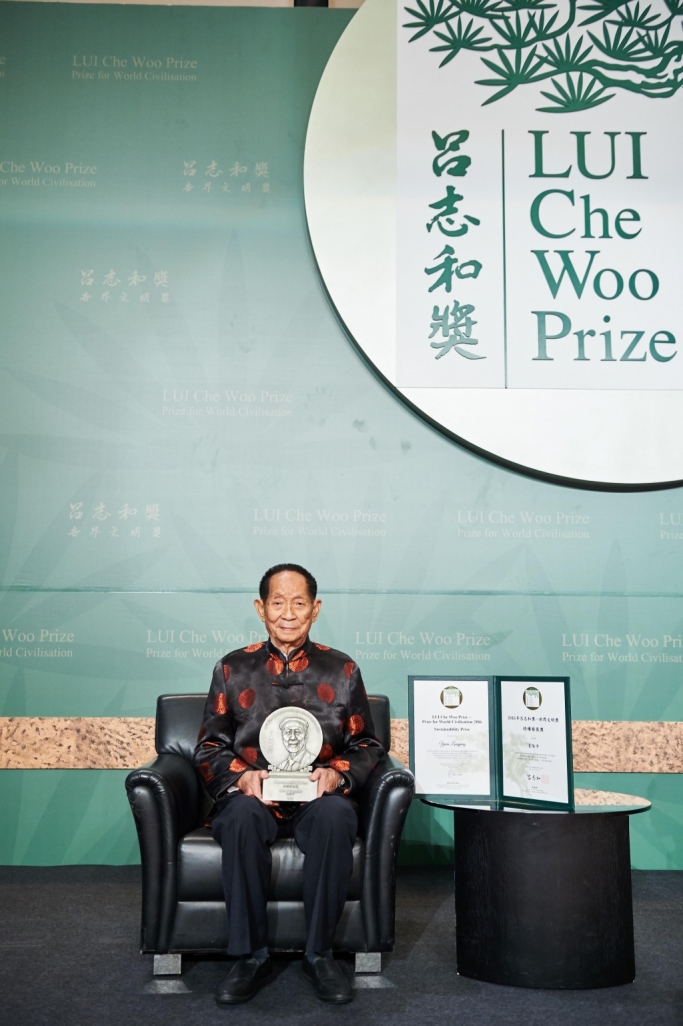 Yuan Longping was awarded the inaugural Lui Che Woo Prize 2016 in the Sustainability category, with the specific area of focus of "World Food Supply: Safety and Security" for his scientific achievement in developing high-yielding hybrid rice, which has contributed significantly to the enhancement of the security of world food supply in 2016. [Photo/www.luiprize.org]

On Monday, two days after Yuan Longping, known as "father of hybrid rice", passed away at the age of 91, the farewell ceremony for him was held in Changsha city, capital of Central China's Hunan province.

People from all walks of life, including many Hong Kong residents and stars, such as renowned actor and singer Shawn Yue, mourned his passing away.

One essential reason why people are mourning Yuan, both in the Chinese mainland and in Hong Kong Special Administrative Region, is that he helped this nation get rid of the threat of hunger. That's especially a matter of life and death to Hong Kong because it relies on import for over 95 percent of its food.

As a commercial city, Hong Kong produces little rice and almost imports all its rice and majority of vegetables and meat. The Chinese mainland is a main supplier of Hong Kong.

According to Ta Kung Pao, the mainland opened three freight trains that carried agricultural products to Hong Kong in the 1960s, which operated until road transportation dominated the market in 2009. During the over 50 years, the trains transported over 100 million pigs and calves, about 1 billion poultry animals, and numerous vegetables, fruit, and rice to Hong Kong.

It is the mainland's food supply that makes it possible for Hong Kong to sustain its prosperity with little agriculture. As a port city and international financial and trade center, Hong Kong could exploit every piece of land with potentials for commercial use as well as inhabit the large numbers of residents.

The abundant supply of food in the mainland has much to do with Yuan's hybrid rice. Actually, the Hong Kong people, like their compatriots on the mainland, have never forgotten his contributions. When Liu Che Woo Prize was established in 2016, the first session of sustainable development prize was awarded to Yuan. And his speech delivered after accepting that prize in Hong Kong Polytechnic University was also a welcome.

Now Yuan has passed away, but his contributions will be remembered forever.