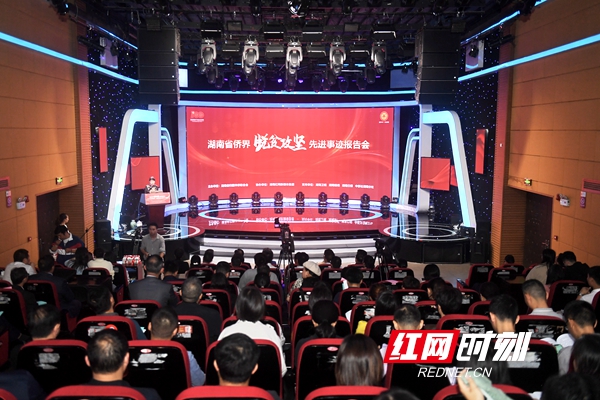 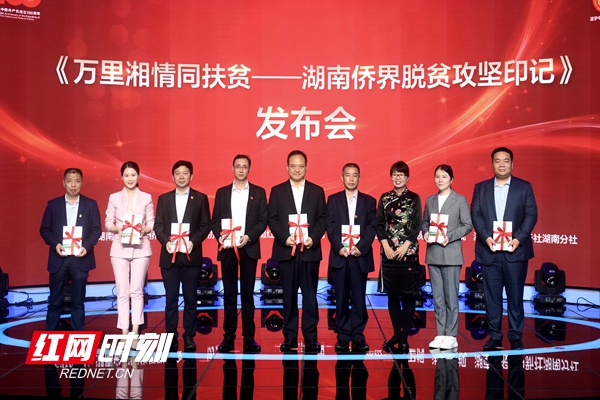 Huang Fang (third from the right), secretary of the party group of Hunan FOC, presented books to the awarded individual and collective representatives. 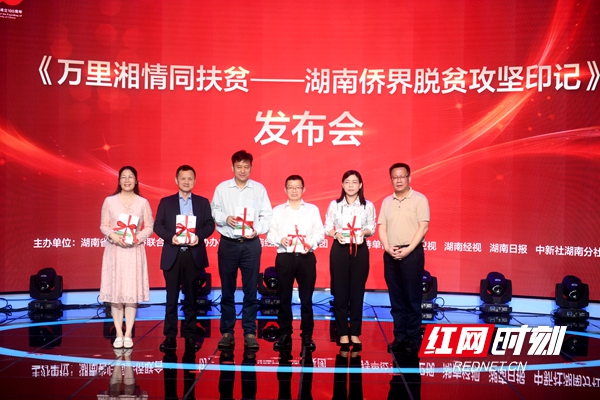 Hunan FOC seriously implement the central and provincial party committee's policy decisions, focusing on the poor areas and the nation difficult groups, integrating the resource of nation, giving full play to the advantages of nation, mobilize the masses of people in the nation and overseas organizations at all levels, cadres from overseas and thorough going efforts to promote "thousands of overseas Chinese help object", "overseas Chinese" love "nation housing" and other projects, help the province out of poverty, Hunan has become an indispensable and important force in the battle of poverty alleviation.

Liu Zhigang, the deputy director of the Publicity and Liaison Office of Hunan FOC, the second-level researcher, the first secretary of the village and the work leader, who won the honorary titles of "Advanced Individual in Poverty Alleviation" and "Advanced Individual in Poverty Alleviation of the All-China Federation of Overseas Chinese", led the team members to exchange the "hard index" for the "happiness index" of the people when he was stationed in the village. To promote Chitan Village, Jinzixian Town, Anren County, Chenzhou City, 160 households and 633 registered poverty-stricken people out of poverty, and realize the transformation from "poor village in remote mountainous area" to "rich star village".

In her speech, Huang Fang fully affirmed the wisdom and strength of FOCs at all levels and overseas Chinese communities in the province for helping fight poverty. She hopes, with perseverance stick to beginner's mind, people in hunan federation to responsibility to cash, excitation force of yong yi, the accumulation of relentlessly resourceful, solidarity and led the entire province the returned overseas Chinese and overseas Chinese nationals, for hunan vigorously implement the strategy of "four new" three highs, struggling to compose a new era of upholding and developing socialism with Chinese characteristics in hunan new contributions to the nation power.