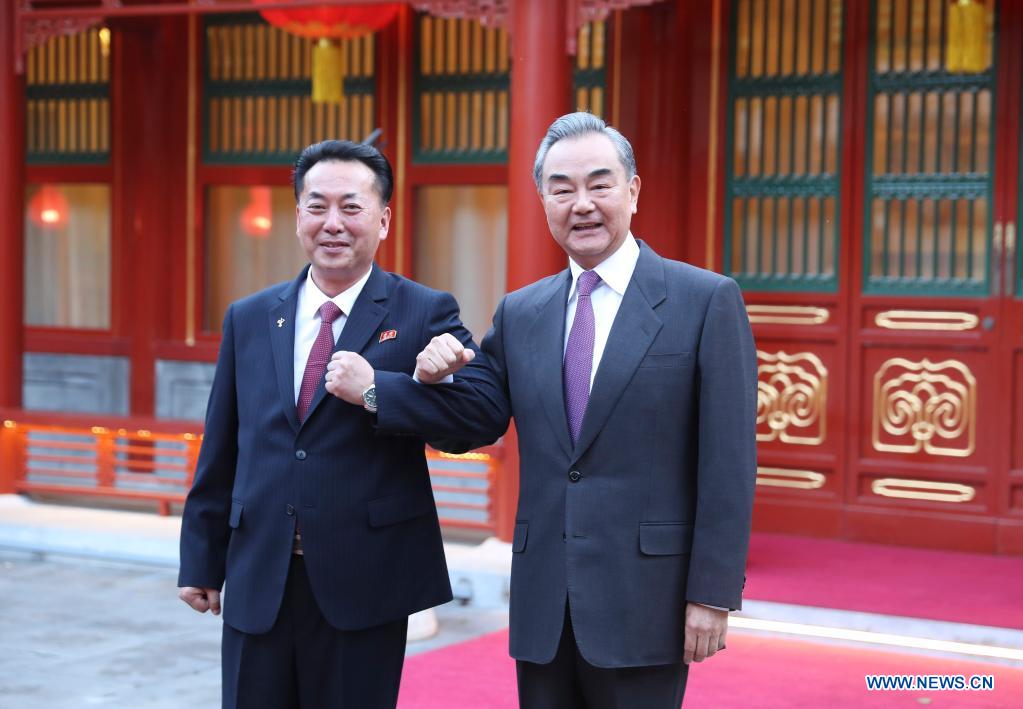 BEIJING, May 27 (Xinhua) -- China and the Democratic People's Republic of Korea (DPRK) will enhance traditional friendship and promote bilateral ties, said officials from the two sides.

The remarks were made as Chinese State Councilor and Foreign Minister Wang Yi met with DPRK's new ambassador to China Ri Ryong Nam Thursday in Beijing.

Wang welcomes the ambassador to take up his new post in China, adding that China is willing to work with the DPRK to implement the important consensus of the leaders of the two countries, better benefit the two peoples, and make positive contributions to regional peace and stability.

China stands ready to maintain high-level strategic communication with the DPRK, actively promote pragmatic cooperation in various fields, and jointly hold events to celebrate the 60th anniversary of the signing of the Treaty of Friendship, Cooperation and Mutual Assistance Between China and the DPRK, Wang said.

He said China firmly supports the DPRK in developing its economy and improving people's livelihood, and is willing to continue to provide the DPRK with assistance within its capacity.

Hailing the great achievements of China's socialist cause, Ri Ryong Nam said the DPRK is willing to work with China to boost mutually beneficial cooperation and solidarity in the process of jointly advancing the cause of socialism.

The two sides also exchanged views on the situation on the Korean Peninsula and agreed to strengthen coordination and cooperation in this regard.