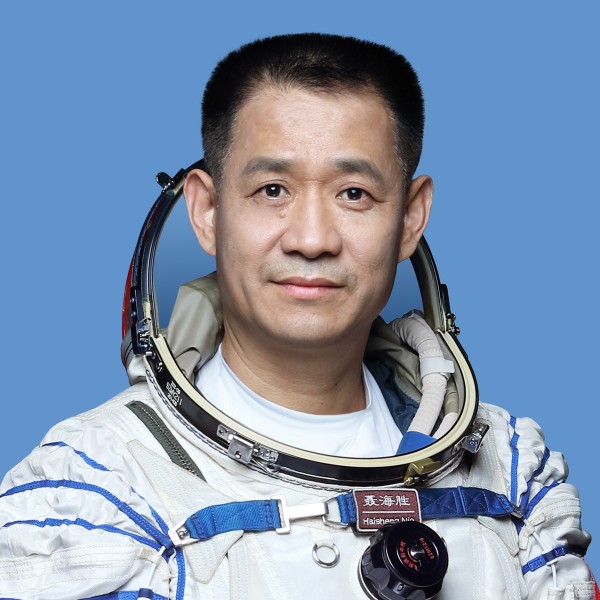 Major General Nie Haisheng, 56, a native of Hubei province, joined the People's Liberation Army Air Force in June 1983. A veteran astronaut, he is the incumbent head of the PLA Astronaut Division.

Nie was an experienced pilot of an Air Force fighter jet regiment before being selected in January 1998 as one of the nation's first astronauts.

He was one of the two alternates to Yang Liwei, who was chosen to conduct China's first manned spaceflight in October 2003.

In June 2013, he carried out his second space journey in the 15-day Shenzhou X mission with Zhang Xiaoguang and Wang Yaping.

Nie was selected for the Shenzhou XII crew in December 2019. Major General Liu Boming, 54, a native of Heilongjiang province, joined the PLA Air Force in June 1985 and served as a squadron commander of a fighter jet regiment before becoming one of the founding members of the PLA Astronaut Division in January 1998.

In June 2005, Liu was selected as an alternate to the Shenzhou VI mission’s two-member crew.

In September 2008, he took part in the Shenzhou VII mission with Zhai Zhigang and Jing Haipeng, staying nearly three days in space. During the mission, he assisted Jing in carrying out the first extravehicular activity by a Chinese astronaut.

He was selected for the Shenzhou XII crew in December 2019. Senior Colonel Tang Hongbo, 45, a native of Hunan province, joined the PLA Air Force in September 1995 and was gradually promoted to the post of a group commander at a fighter jet regiment.

Tang became a member of the second group of astronauts at Nie's division in May 2010 and was chosen in May 2016 as an alternate to the two-member crew of the Shenzhou XI mission.

He was picked for the Shenzhou XII crew in December 2019.