China in space for cooperation, not zero-sum race China's purpose of space exploration has all along been the peaceful use of what many call the final frontier of humanity.

Beijing has never intended to join a zero-sum space race or compete for global space leadership.

It has been almost five years since China sent its taikonauts into space last time. During the current mission, the Chinese astronauts, the first visitors to the space station core module Tianhe, will spend three months conducting multiple tasks in and out of the cabin.

The vast space is a common wealth for the human race. The Chinese people share with people worldwide both the dream and the right to explore the mysterious universe. China's purpose of space exploration has all along been the peaceful use of what many call the final frontier of humanity. Beijing has never intended to join a zero-sum space race or compete for global space leadership. 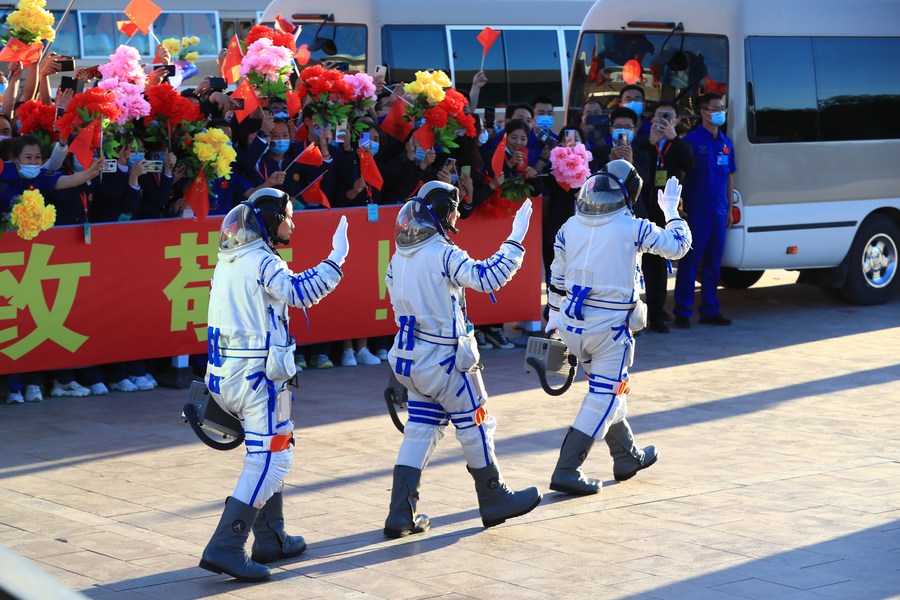 From the moon to Mars, from unmanned planet roaming to manned space missions, China goes into the deep space with an open mind as well as steadfast readiness to cooperate with others and to share its achievements.

One tangible proof is that China and the United Nations released in 2019 the first nine international cooperation projects for China's then planned space station. They involve 23 entities from 17 countries in the fields of aerospace medicine, space life sciences and biotechnology, microgravity physics and combustion science, astronomy and other emerging technologies.

In contrast, U.S. lawmakers have set a legal bar for the National Aeronautics and Space Administration to cooperate with China. Their narrow-mindedness and selfishness have failed to undermine both the ambition and progress of China's space program.

Thursday's successful launch comes just weeks ahead of the centennial of the Communist Party of China, an occasion reminiscent of the fact that while international cooperation has been a key booster for China's space quest, the spirit of self-reliance and the country's growing overall national strength over the decades have been fundamental for the development of its space enterprise.

The beautiful Chinese names of Shenzhou and Tianhe, which literally mean "the divine vessel" and "harmony of the heavens," crystallize Chinese people's infinite longing for the distant stars and unknown space.

As China is building the new space station as an outpost for humanity's future exploration of the unknown universe, it intends to turn the outer space into a new field for cooperation instead of another battleground for you-win-I-lose competition.