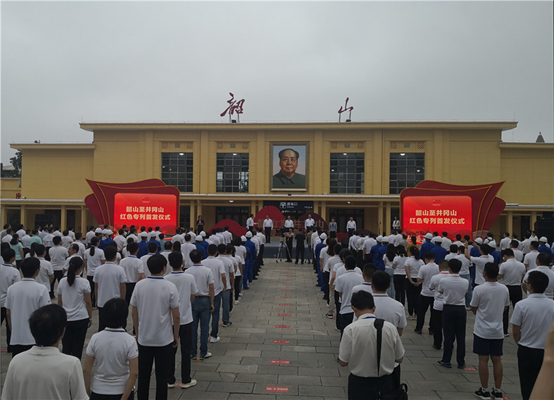 The Shaoshan-Jinggangshan red or revolutionary theme PDL has a total length of 354 kilometers, connecting the three cities of Xiangtan, Zhuzhou, and Ji’an. It passes through 9 cities or counties in Hunan and Jiangxi Provinces. They are Hunan’s Shaoshan City, Xiangxiang City, Xiangtan County, Liling City, Youxian County, Chaling County, and Yanling County, and Jiangxi’s Yongxin County and Jinggangshan City. The PDL connects 24 red or revolutionary scenic spots, 20 green or ecological scenic spots, and 18 classic scenic spots. Both the red scenic spots and ecological spots will give visitors a chance to enjoy the nature and feel charm of humanities. It will strongly boost cultural tourism, leisure agriculture, and industries that benefit the people in the areas along the route; consolidate the progress in poverty alleviation; and, further revitalize the countryside. It will also spur people living along the route to start businesses or find jobs, increase income, and become rich.