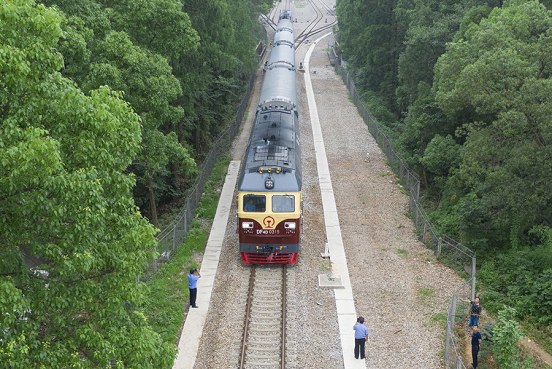 On June 18, children watched the scenery along the way on the train.

The first group of passengers were ready to board the train at the Shaoshan Railway Station on June 18. 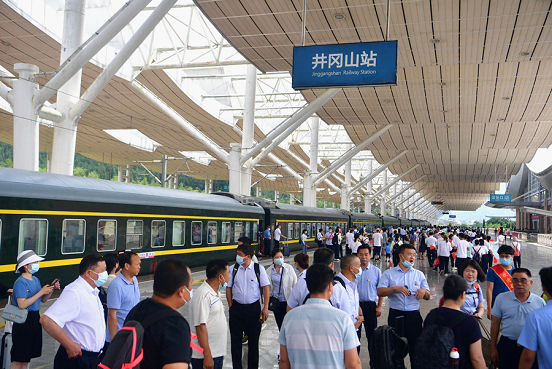 At 13:40 on June 18, the train arrived at Jinggangshan Station in Jiangxi Province. 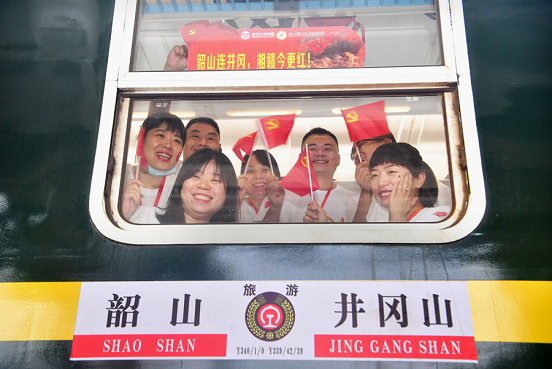 On the morning of June 18, the first group of passengers happily waved the Party flag by the window at the Shaoshan Railway Station.

On the morning of June 18, various red or revolutionary books were placed in the carriages for passengers to read for free.

Along the route, there are rich red resources and revolutionary heritage. It connects 24 red scenic spots such as the former residence of Comrade Mao Zedong in Hunan Province and the Maoping Revolutionary Sites in Jiangxi Province. It also links 20 green scenic spots such as Jiubu River National Geological Park and Jinggang Mountain Scenic Area, and 18 ancient attractions including Emperor Yan Mausoleum.