The Publicity Department of the Communist Party of China (CPC) Central Committee recently named 111 national demonstration bases for patriotic education to mark the 100th anniversary of the founding of the CPC.

Among them are nine patriotic education bases in Hunan, namely:

--The Statue of Young Mao Zedong located on Orange Isle in Changsha City; 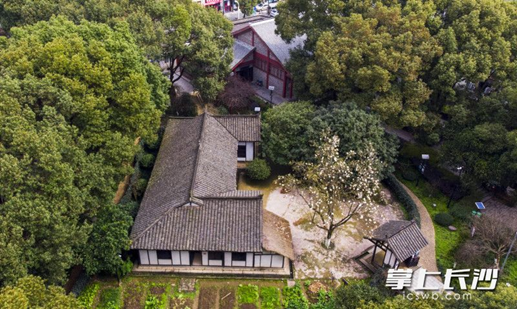 Among the newly-named national patriotic education bases, there are two sites in Changsha.

The Former Site of Xinmin Institute is located on Xinmin Road, Yuelu District, and inside the Yuelu Mountain Scenic Area. It covers an area of more than 5,000 square meters, including Cai Hesen’s Former Residence. It is a national key cultural relic protection unit and a national 4A-level scenic spot.

The Statue of Young Mao Zedong is located on Orange Isle, Changsha. The statue was created based on the image of Mao Zedong when he was a young man in 1925. It is 83 meters long, 41 meters wide and 32 meters high, with the base covering 3,500 square meters. It is made of more than 8,000 Yongding red granite boulders collected from high mountains in Fujian Province, with a total weight of about 2,000 tons.