Celebrity brands should not fool consumers 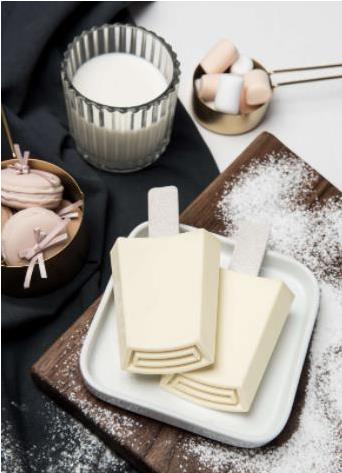 In the public apology made on social platforms, the ice cream maker said past mistakes can be corrected but not erased and two administrative punishments in the early stage of entrepreneurship constantly remind the company to communicate with clients more carefully, accurately and responsibly.

The apology came just hours before June 18, the 618 shopping festival in China.

Perhaps it is time for celebrity brands to reflect the essence in building a trusted brand: the hearts of consumers are won through quality rather than pricing, fame, livestreaming, capital or marketing.

Dubbed the "Hermes of ice cream", Zhong Xue Gao has been popular since its establishment in early 2018 due to its premium market position and Chinese origins.

Zhong Xue Gao framed itself with the Chinese elements. With its name sounding like "Chinese style of ice cream" in Chinese, its ice cream comes in the shape of traditional Chinese roof tile and the character hui, meaning to return.

Even the company's more standard range of ice creams is usually sold at a price range of 15 to 20 yuan, four to five times the price of most local competitors. In a recent interview, the company founder Lin Sheng defended the high price by saying "This is its price. Take it or leave it."

However, Zhong Xue Gao's high price does not seem to purely come from its self-claimed cost of authentic making process. The company was fined twice by the Shanghai market supervision authority in 2019 for false advertising.

One item the supervision body said, among other false advertising, was that the ad for its milk-flavored ice creams boasting it did not contain a single drop of water contradicted the product ingredient label which listed water.

The gimmick of "high-end ice cream" promoted by popular internet celebrities did bring enough attention in this era of livestreaming. In a sense, Zhong Xue Gao's popularity is based on crazy marketing.

If the cost comes from frenzy publicity instead of the raw materials production and labor, then consumers deserve to know the truth before making their choice to buy it or not.

Celebrity brands should not fool consumers. To stay popular for long and go far, company must treat consumers sincerely and provide products with reasonable price and value for money. False publicity through marketing can only bring short-term profits, but will eventually be rejected and resented by the consumers.

The author is a writer with China Daily