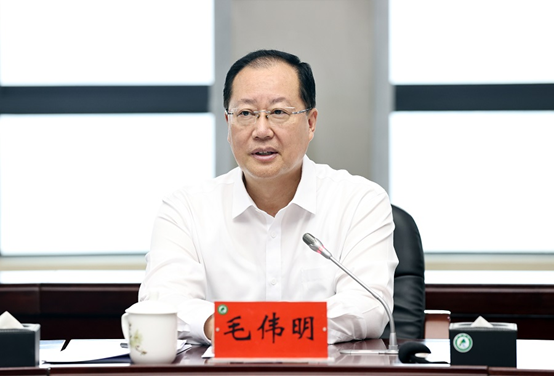 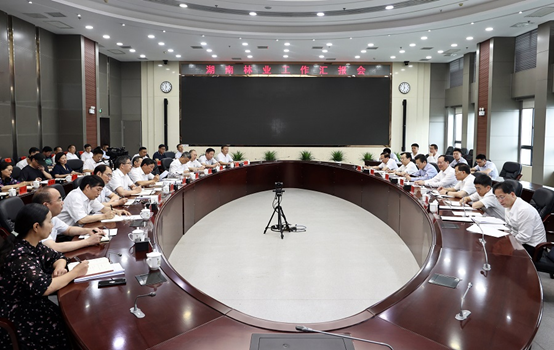 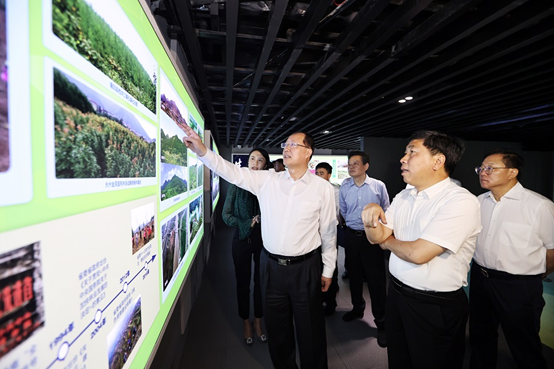 Governor Mao and his party visited the Hunan Forestry Exhibition Center, to learn about the development and reform process of forestry in Hunan Province.

Mao Weiming, CPC Hunan Provincial Committee deputy secretary and Hunan governor, inspected the Forestry Department of Hunan Province on June 22, 2021. He asked to thoroughly implement President Xi Jinping’s thoughts on ecological civilization and the spirit of his important speeches made when inspecting Hunan Province. Efforts should be made to comprehensively strengthen ecological protection; further ecological improvement in full range; bring ecological benefits to the people in all areas; and, perfect ecological governance with all elements. He called for giving full play to the forestry’s supporting role in implementing the Three Highlands and Four New Missions Strategy, its leading role in building a beautiful Hunan, and the driving role in promoting rural revitalization. This would lay a solid ecological foundation for the building of a modern new Hunan and accelerate the transformation of a green province into an ecologically strong province, he added.

Governor Mao and his entourage visited the Hunan Forestry Exhibition Center, to learn about forestry development and reform in Hunan Province. They were told that, the province has an accumulated afforestation area of 81.05 million mu (5.4 million ha.); the forest coverage rate has reached 59.96%, and the total industrial output value of the forestry has exceeded 500 billion yuan. Governor Mao encouraged everyone to firmly establish the conception of “Clear waters and green mountains are invaluable assets”; strengthen ecological protection and restoration; speed up forestry technological innovation; continue to promote ecological benefits for the people; and, keep increasing people’s sense of ecological benefit.

At the following symposium, Governor Mao noted that in recent years, the provincial forestry system has implemented Xi Jinping’s thoughts on ecological civilization; promoted forestry ecological protection and restoration; and, bring ecological benefits to the people. Hunan forestry has been increasing ecological carrying capacity, economic contribution, driving force for reform and innovation, and efforts to benefit the people. Hunan’s work on forestry has offered effective services with its own characteristics and been well-known nationwide.