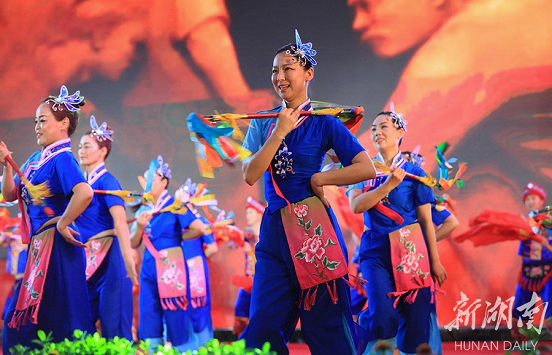 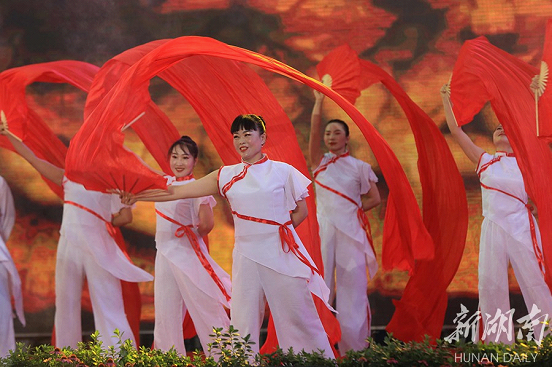 On June 23, people took part in a square dance competition on Wujiayu Square, Wulingyuan District, Zhangjiajie City. This was to celebrate the 100th anniversary of the founding of the Communist Party of China. The contest was part of a cultural activity season. Seventeen teams from the district participated in the event to present their fine spirit. (Photo/Wu Yongbing)