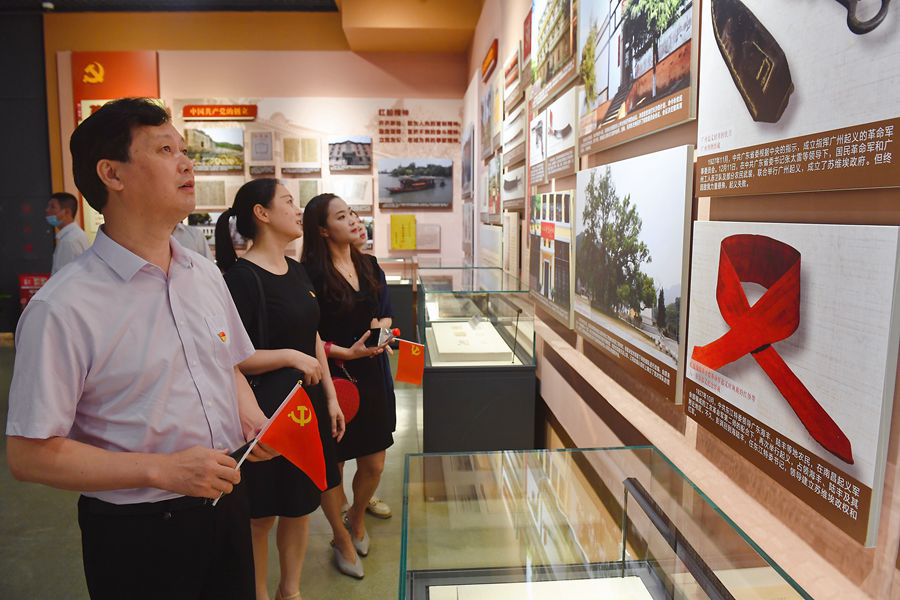 On June 25, a joint exhibition celebrating the 100th anniversary of the founding of the Communist Party of China (CPC) and a revolutionary cultural relics donation ceremony were held at the Hunan Provincial Party History Exhibition Hall.

More than a hundred patriotic education bases and memorial halls across the province simultaneously launched more than one hundred theme exhibitions marking CPC centenary. The celebrations focus on the course of the Chinese people’s revolution, construction, reform, and development in the new era under the Party’s leadership. The activities showcased that the Chinese nation has stood up, become better off, and grown in strength, and highlighted Hunan’s position in the century-old Party history, and achieved synergy at political, ideological, and artistic level. Of the total, five were selected into the "Recommended List of Excellent Exhibitions Celebrating the 100th Anniversary of the Founding of the Communist Party of China" by the Publicity Department of the CPC Central Committee and the National Cultural Heritage Administration. These exhibitions will also be held at communities, schools, metro stations, high-speed railway stations, and other provinces.