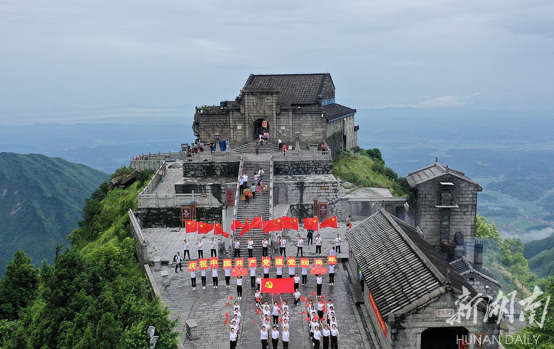 On July 1, citizens and tourists held up national flags and chorused songs during a flash mob on Zhurong Peak of Hengshan Moutain, Hengyang City.

It was a part of the celebration of the 100th anniversary of the founding of the Communist Party of China. Tourists and citizens expressed their love for the Party via the event. (Photo/Luo Maomeng)