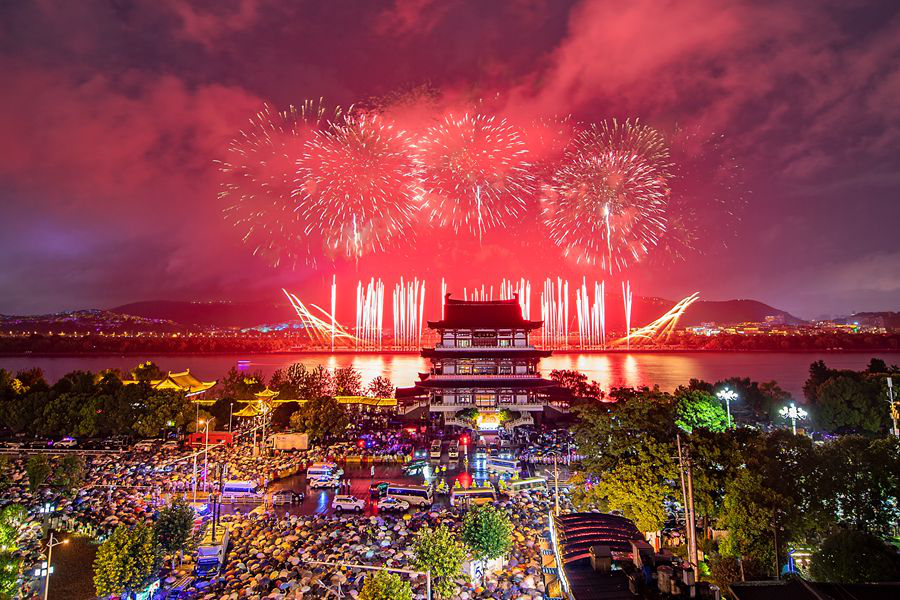 On the evening of June 30, a large-scale musical themed fireworks show “Party’s Celebration and the People’s Festival” was held at the Orange Isle Fireworks Square in Changsha, capital of Hunan Province. It was to celebrate the 100th anniversary of the founding of the Communist Party of China, and to express infinite love and good wishes to the Party. (Photo/Xiao Yi)

The fireworks show is one of the major activities in Changsha to celebrate CPC centenary. It lasted for 20 minutes and was showcased in a panoramic artistic fireworks display mode combining mountain, water, isle, and city scenery with fireworks. It was divided into four chapters: “Dreams Setting Sail”, “100th Birthday”, “Hunan Revolutionary Traditions Passing on”, and “Keeping on Fighting”. The fireworks, the light show along the Xiangjiang River banks, and live music, consistently presented a magnificent, bright, innovative, and touching high-quality evening party.

It was learned that the fireworks this time were from Liuyang, the “Hometown of Fireworks”. The fireworks used in the art performance “The Great Journey” held in Beijing a few days ago to celebrate the 100th anniversary of the founding of the Communist Party of China were also from Liuyang.