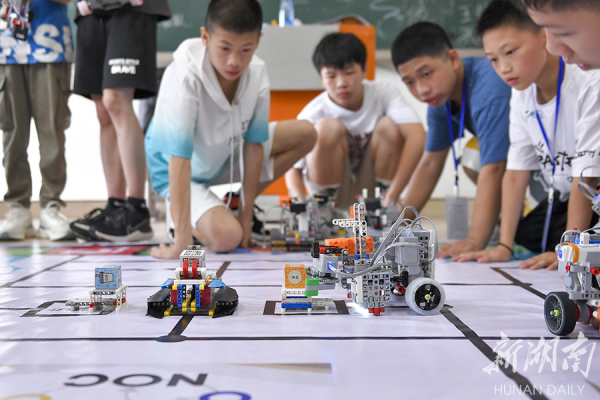 The 2021 Hunan Provincial Network Originality Competition (NOC) was held in the city on the same day.

More than 1,450 juveniles from 13 cities and 1 prefecture across Hunan Province joined the competition. They will participate in 27 items including programming, creative design, and robot intelligent competition. (Photo/Xiang Tao)