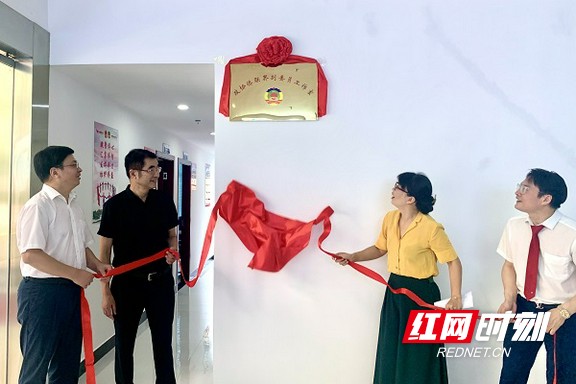 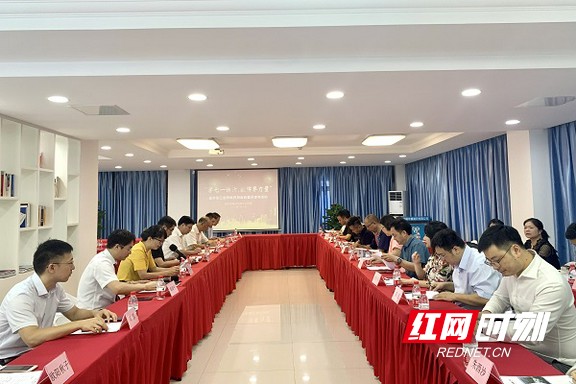 Surrounding the study and implementation Xi Jinping's important speech in the celebration the 100th anniversary of the founding of the CPC, Huang Fang guided reading and communicating section. Overseas Chinese CPPCC members from Hunan CPPCC, Changsha city and Yuelu District combined with their own work and shared their own experience in learning Xi's "July 1" important speech spirit, making their own contributions in all walks of life put forward new insights, new ideas.

Huang Fang said that the committee member's studio was supposed to be the platform for members of the provincial CPPCC to contact the overseas Chinese community, and the role of each committee member should fully play the role of the studio to sink into the nation masses, listen to their voice, face to face to understand their appeal.

Zhang Dafang expressed warm congratulations on the official opening of the studio, and proposed requirements on how to build the workshop of the committee members. Zhang Dafang pointed out that we should earnestly study and understand the spirit of General Secretary Xi Jinping's "July 1" important speech, gather the great strength of overseas Chinese people at home and abroad, and forge ahead toward the second centenary goal. We should uphold the leadership of the CPC through all aspects of the construction of CPPCC members studio, earnestly shoulder political responsibilities, and follow the Party's lead. We need to find the right job orientation, organize and activate new overseas Chinese and those who have returned from overseas studies, give full play to the advantages and resources of overseas Chinese, attract talents and talents with their talents, and pool positive energy for development. We would strengthen the responsibility of committee members, give full play to their initiative and creativity in performing their duties, organize committee members and experts to give online and offline lectures, and assist Party committees and governments in their work in this regard. We should make full use of the advantages of the CPPCC's online resources, carry out activities with the characteristics of "overseas Chinese", create a strong atmosphere in the whole society to know, understand, protect and love overseas Chinese, and create a new brand for the members of Overseas Chinese to perform their duties.