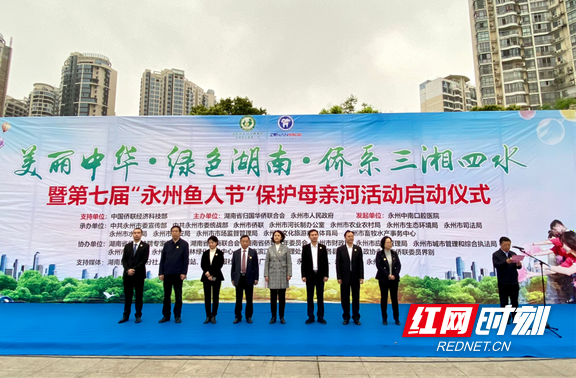 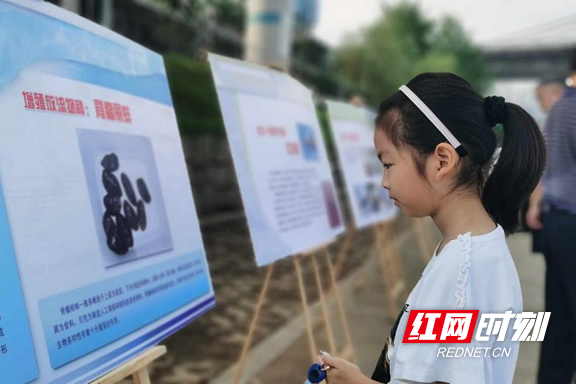 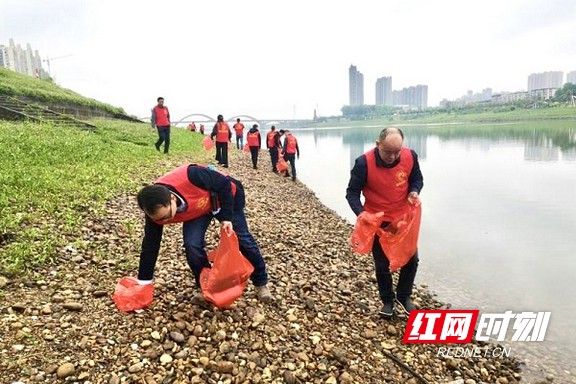 After releasing fish fry, volunteers cleaned up the rubbish near the river.

In recent years, Hunan overseas Chinese communities have made full use of their unique advantages, actively responded to the "Belt and Road" Initiative, and made precise efforts to promote the communication and exchanges between Hunan and the world. The efforts they made were not only in economic construction, but also in Hunan's ecological construction.

In 2013, General Secretary Xi Jinping made an important instruction during his visit to Hunan to "truly protect every mountain, water, grass and tree of the ecosystem".During the investigation in Yueyang in 2018, he entrusted "protect a clear river".

From April to July this year, Hunan FOC carried out a series of ecological and environmental protection activities on the theme of "Beautiful China, Green Hunan and Overseas Chinese communities".The launch ceremony was held in Yongzhou on April 1st, and then FOCs and representatives fromoverseas Chinese communities participated the release of fish fry or other voluntary activities to protect the ecological environment along the banks of Xiang, Zi, Yuan and Li rivers and the Yangtze River according to the actual conditions of each region, so as to make the water ecology live and reproduce.

"Beautiful China, green Hunan, and Overseas Chinese communities in Hunan" was a major brand activity initiated by Hunan FOC this year, which aimed to call on the masses of overseas Chinese to actively participate in Hunan's ecological construction, arouse people's environmental awareness, and create a good atmosphere for protecting mother river.

The wide number of participants, the large scope, the long duration and the good effect of the activity show that the overseas Chinese communities in Hunan have kept in mind the strong trust of "protecting a clear river" and the strong determination to implement the important decision of the CPC Central Committee and The State Council on the "ten-year ban on fishing" in the Yangtze River.

Taking the opportunity of the activities of aquatic organisms proliferation , FOCs actively connected with the fishery Administration, Agriculture and Rural Affairs Bureau, Fisheries and Animal Husbandry Bureau and other departments, and actively took advantage of the situation to form a working pattern that the Party committee and government attach importance to, FOCs, overseas communities support and the society participate.

Huang Fang, secretary of the party group of Hunan FOC, said that the successful holding of "beautiful China, green Hunan, and overseas Chinese communities" has set up a new platform for the overseas Chinese communities to participate in the construction of ecological civilization.Next year will be a sense of ritual, wide publicity and surface discharge of fish and other public welfare activities, drive the nation and the social people from all walks of life to participate, power construction of ecological civilization, and actively help relevant departments to formulate and implement relevant laws and regulations.

In the future, overseas Chinese in Hunan would continue to serve as non-governmental ambassadors to promote exchanges and mutual understanding between China and foreign countries. They will not only tell the "Hunan culture story" to overseas Chinese, but also tell the "Hunan ecological civilization story", promote international exchanges and cooperation in the field of Ecological civilization in Hunan, and contribute to the construction of a new modern Hunan.