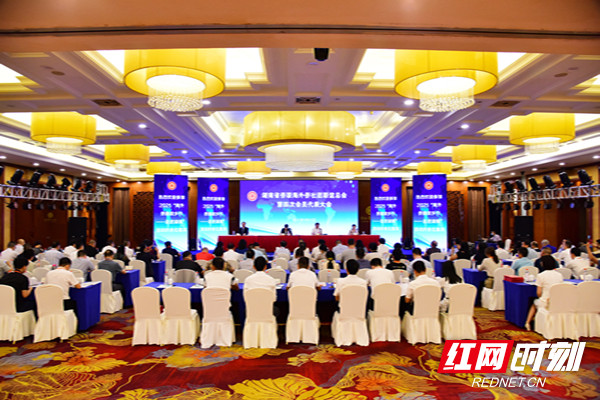 The 4th General Meeting of OCAA Hunan FOC was held in Changs.

Certificates of appreciation for supporting Hunan in its fight against COVID-19 in 2020 were presented to overseas Chinese communities and associates.

Li Zuyuan said that as the chairman of the fourth council of OCAA Hunan FOX, he felt great responsibility. In the future, he would unite and lead the majority of overseas Chinese to innovate and do a good job in the new situation of the association liaison work.At the same time, we will give full play to the role of the platform as a bridge and link to help the in-depth development of the work of Hunan FOC.The association will also strive to strengthen its own construction, enhance the awareness of serving overseas Chinese, and take the initiative to solve problems for everyone.

Huang Fang, on behalf of Hunan FOC, congratulated the new leaders of OCAA Hunsn FOC on the successful convening of the conference and made a speech on party history.She hoped that the OCAA would inherit and carry forward the "Jia Geng Spirit" and continue to inherit the red blood vein. By watching red movies and TV dramas and studying in red bases, they can absorb nutrition from the History of the Party, pool wisdom and strength, and make greater contributions to the Realization of the Chinese dream of the great rejuvenation of the Chinese nation.

Huang fang pointed out that the implementation of the strategy of "three high and four new" and the construction of a modern and new Hunan ushered in more cooperation opportunities and development space for overseas Chinese.It is hoped that overseas Chinese will give full play to their advantages, actively respond to national strategies such as "One Belt and One Road" construction, Yangtze River Economic Belt development, China (Hunan) Free Trade Zone, China-Africa Economic and Trade Expo, and act as a bridge for Hunan enterprises to go abroad, Hunan products to go abroad, and explore the international market.In terms of cultural exchanges, we hope that overseas Chinese can tell Chinese stories well in ways of thinking and expression that are easy to be accepted by the people in their home countries. We hope that we can combine "telling by ourselves" with "telling by others" to make Chinese stories more recognized by the international community and overseas audiences.

The meeting also awarded overseas Chinese delegations and institutions certificates of appreciation for contacting Hunan FOC for supporting Hunan's fight against COVID-19 in 2020.