-- With the COVID-19 pandemic still raging in many parts of the world, Beijing 2022 organizers have underlined the health and safety of the participants as their top priority.

Beijing celebrated the 100-day countdown to the 2022 Olympic Winter Games on Tuesday with the unveiling of the medals for the Games.

Named "Tongxin", meaning "Together as one", the medals feature five concentric rings embodying the traditional Chinese philosophy of harmony between heaven, earth and human beings. The rings also symbolize the Olympic rings, carved in the inner circle, and the Olympic spirit uniting the world through sport. 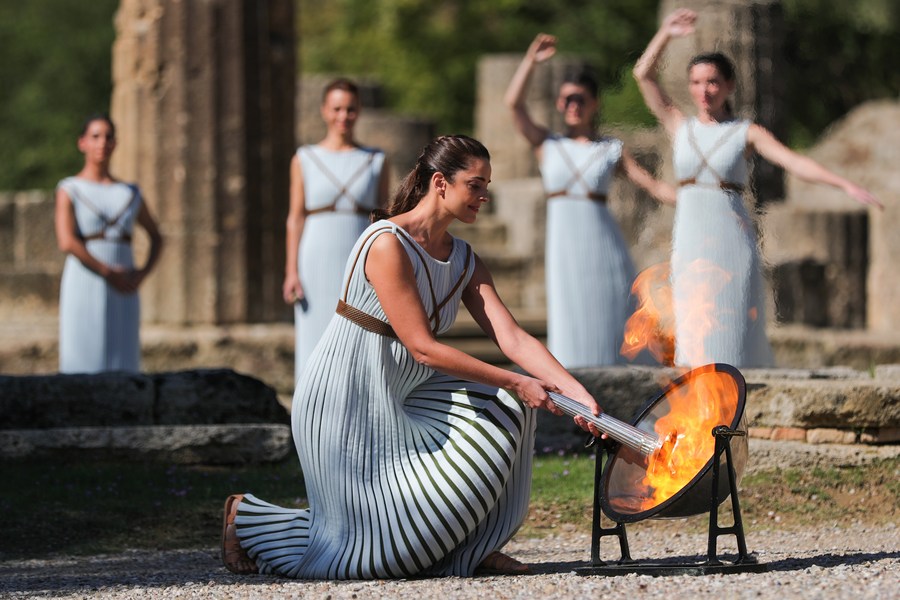 Less than a week after the Olympic flame arrived in China after it was lit in Ancient Olympia, Greece, the unveiling of the medals design is another milestone as preparations for Beijing 2022 move into their final stages.

Having successfully hosted the 2008 Summer Olympics, Beijing will soon become the first city to have staged both summer and winter editions of the global sporting spectacle.

Beijing 2022 organizers have taken advantage of the Winter Olympics to showcase Chinese culture and technological innovations, just as previous host nations have done.

The medal design was inspired from a piece of Chinese jadeware called "Bi", a double jade disc with a circular hole in the center. Just as jade is thought of as an auspicious and invaluable ornament in traditional Chinese culture, the medal is a testimony of honor and unceasing efforts by the athletes. 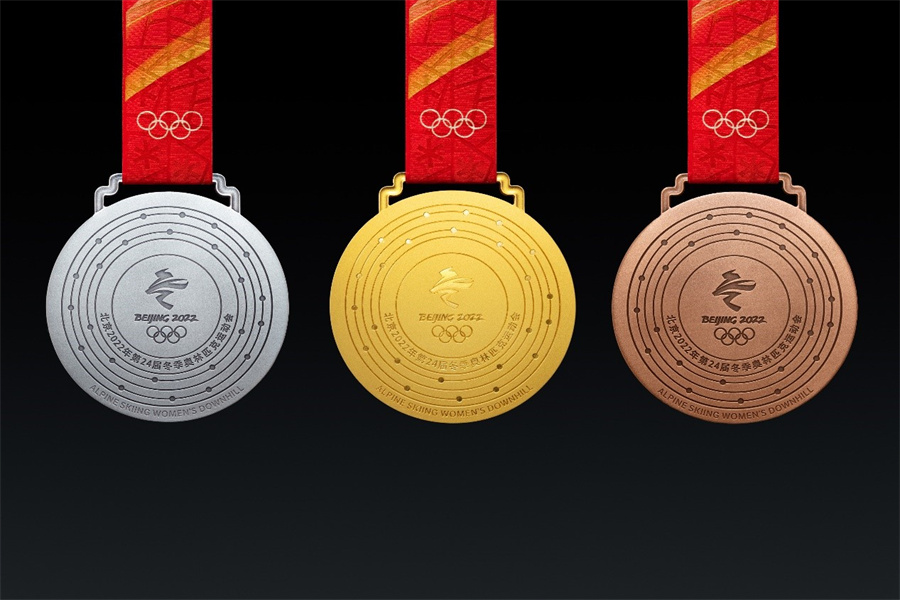 "When athletes hold the medals in their hands, they will first touch the details embodying ancient Chinese culture. Then if they look closely, they will see the cloud and snowflake patterns on the obverse side, and celestial patterns on the reverse side," noted chief designer Hang Hai.

In addition, the pictograms for the 2022 Games were inspired by Chinese calligraphy and seal carvings.

Some of the 2022 Games venues embody the essence of Chinese culture just as eloquently. The "S-type" curve of the National Ski Jumping Center, located in the Zhangjiakou competition zone, is nicknamed "Snow Ruyi" as it resembles the shape of a "Ruyi", a traditional Chinese ornament symbolizing good luck.

Technology such as driverless cars, 5G-enhanced transmission and cloud-based broadcasting will also be on show during the 2022 Winter Games.

For the first time in the history of the Olympic Games, Beijing used carbon dioxide in ice-making procedures. Not using ozone layer-harming Freon as a refrigerant in ice making is expected to help reduce carbon emissions equivalent to that of 3,900 cars per year, and cut emissions from the activity to nearly zero.

"The new ice-making technology can precisely control ice temperatures and will be helpful to ensure a standardized hardness of ice surfaces. It will also significantly save electricity during ice making," said Yu Hong, head of the technology department of the Beijing 2022 organizing committee (BOCOG). A 5G intelligent robot works in the venue during the World Wheelchair Curling Championship 2021 at the National Aquatics Center (the Water Cube), which was converted to the "Ice Cube", in Beijing, capital of China, Oct. 23, 2021.Photo by Zhang Chenlin/Xinhua

A 5G intelligent robot works in the venue during the World Wheelchair Curling Championship 2021 at the National Aquatics Center (the Water Cube), which was converted to the "Ice Cube", in Beijing, capital of China, Oct. 23, 2021. (Xinhua/Zhang Chenlin)

So far, all of the venues for the Winter Games are covered by 5G networks, which will provide better telecommunication support for broadcasting and online healthcare services, according to BOCOG.

During the Games, a cloud broadcast platform will enable journalists to interview athletes by contactless means through audio and video systems. They will also be able to edit, distribute and store all materials remotely on the cloud, and livestream events with program directors back in their own countries.

With the COVID-19 pandemic still raging in many parts of the world, Beijing 2022 organizers have underlined the health and safety of the participants as their top priority.

The first editions of the Beijing 2022 playbooks were published on Monday, providing guidelines to athletes and officials to ensure next year's Winter Olympic and Paralympic Games can be delivered safely during the pandemic. 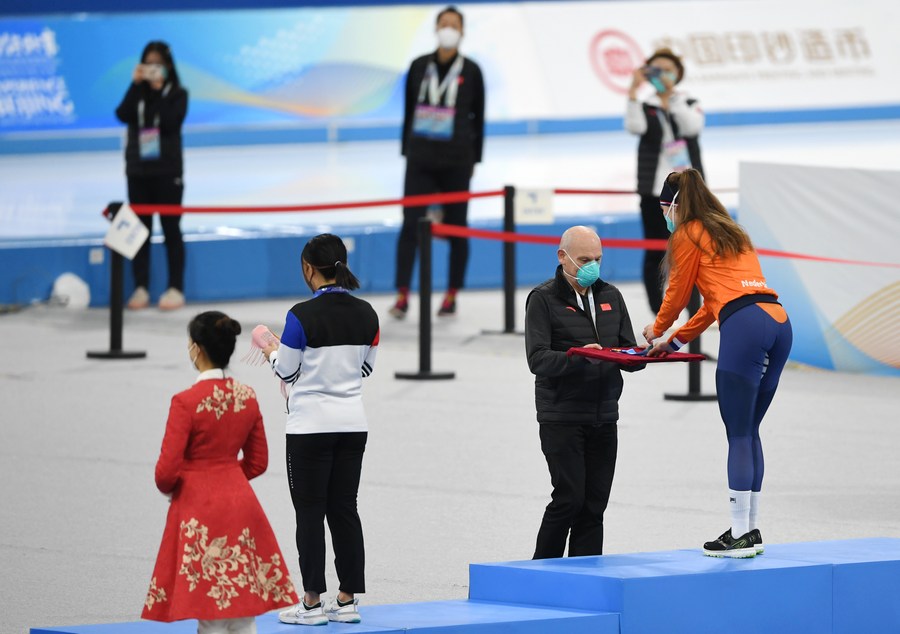 Athletes need to put on their own medals after securing a gold, silver or bronze during the China Open Speed Skating competition, an international test event for Beijing 2022, on October 10, 2021.Photo by Zhang Chenlin/Xinhua

The two playbooks, one for athletes and team officials, and one for all other stakeholders, address key COVID-19 countermeasures, including closed-loop management, vaccination and testing.

"In developing the playbooks, we made it a top priority to safeguard the safety and health of all Games participants, including athletes, as well as the Chinese people, draw on the experiences of other international sports events, and the COVID-19 policy currently in effect in China," said Han Zirong, BOCOG's vice president and secretary general.

"We will work with all stakeholders on the implementation of the playbooks and together, deliver to the world a streamlined, safe and splendid Games," she noted.

Christophe Dubi, IOC Olympic Games Executive Director, said: "We want everyone at the Games to be safe, that's why we're asking all participants to follow these guidelines. Keeping everyone healthy will ensure the focus remains on the very fundamentals of the Olympic and Paralympic Games - the athletes and the sport."

The second editions of the Playbooks are set to be published in December.

Since October 5, a series of international competitions have taken place at the National Speed Skating Oval and the Capital Gymnasium in downtown Beijing, and the National Sliding Center in Yanqing to test operations such as ice-making, timing and scoring, COVID-19 containment, security and transport.

It is estimated that around 2,000 overseas athletes and support personnel are involved at the test events, allowing organizers to trial facilities and operations prior to Beijing 2022.

The IOC has received "unanimously positive" feedback from athletes at the Beijing 2022 test series, according to IOC sports director Kit McConnell.

"It is really pleasing to see the feedback we have had from the international athletes," McConnell said following an IOC Executive Board meeting last week in Athens.

"A lot of these athletes are Olympians. Many of them are competing on the international circuit and the feedback we have had is unanimously positive regarding the Sliding Center, but also the organization around the Games and the excitement as they build up to participating at Beijing 2022." 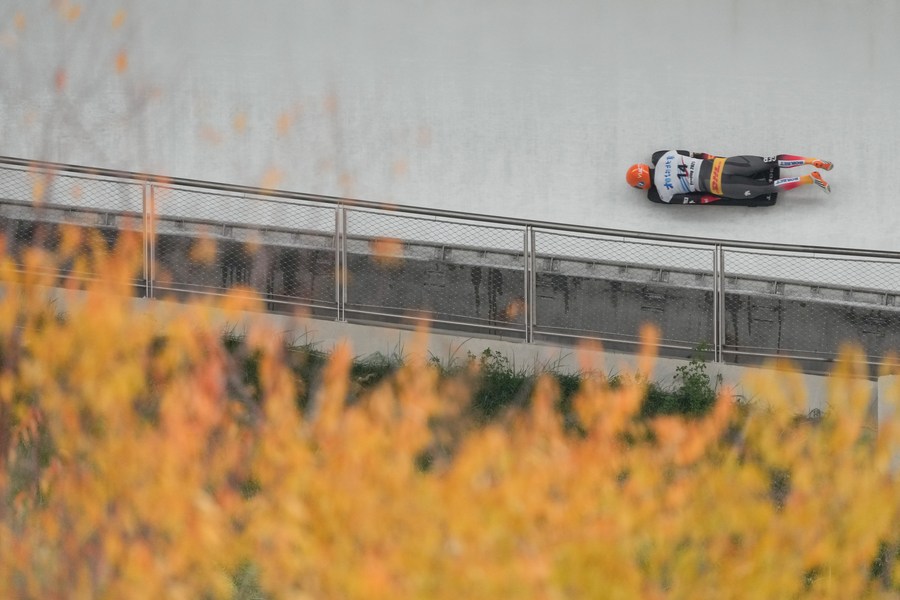 "The venues they are experiencing in Beijing are absolutely outstanding," said McConnell.

"There is a lot of excitement from them, not only regarding the participation at these events but looking forward to their participation in Beijing in just a few months. It is great to see their feedback both on the technical side and their personal excitement."

There has been seemingly universal enthusiasm among athletes to be a part of Beijing 2022. One of the highest profile stars to give a ringing endorsement of the Games is reigning National Hockey League MVP Connor McDavid.

"Just to be able to represent Canada at the Olympics and compete for a gold medal would be an absolute dream come true," McDavid said after being selected to take part in his first Olympics.

"The Olympics is big, and it's something that you shoot for, and you don't want to miss it," the 26-year-old American said.

Schiffrin added that the Beijing Winter Olympics "can actually bring hope to the world at a very difficult time."