Usually, men at fifty years old are busy with works or planing life after retirement. But, Wu Songshu is studying in college at this age. He laughs and said, this is a choice that will reset his life.

In Hunan Arts and Crafts Vocational College, Wu Songshu and Wu Wei, his son, both major in interior design. In 2019, Wu Songsu was accepted into this college. Next year, they will graduate at the same time.

In 1970, Wu Songshu was born into a family of carpenter. At the age of sixteen, he became an apprentice of his carpenter Uncle. After years of practicing and studying, he had sharpened his woodworking skills of making mortise and tenon joints, and he is well-known locally.

In 2019, his son told Wu Songshu that his college was expanding its enrollment. At that time, he was operating a furniture factory named “Xianghe” in Yiyang. Even though the business was doing well, when he realized his limited knowledge of furniture making and design, he decided to enroll.

When he heard that the First National Vocational Student Skills Competition is hosting in Guangzhou, he joins the contest immediately. After many selection processes, he was chosen as a seeded contestant, representing Hunan in the woodworking competition. It is first time that Wu Songshu participated in a national competition. 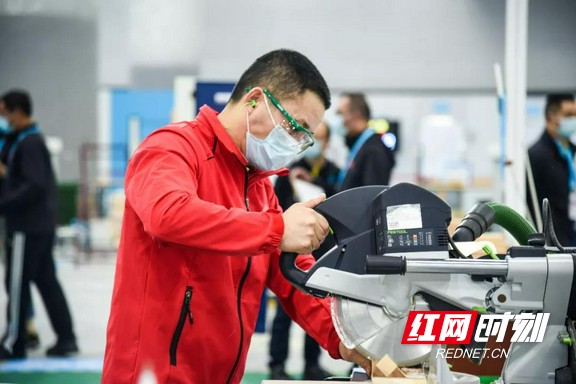 In December 2020, facing the question of constructing The Canton Tower, whose height is 1.25 meter, in proper scale, Wu Songhu was well prepared and confident. Utilizing his knowledge of mortise and tenon joints, he had won a prized for excellence. 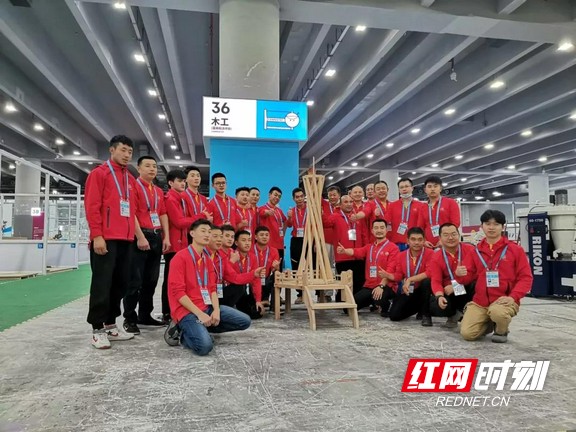 Wu Songshu was taken a photo with contestants in front of his work.

Even though Wu Wei enrolled in college before his father, he considered Wu Songshu as his paradigm in life. Wu Songshu is a hardworking man. Recently, he has been working with recognizing mortise and tenon joints as a intangible cultural heritage in public. 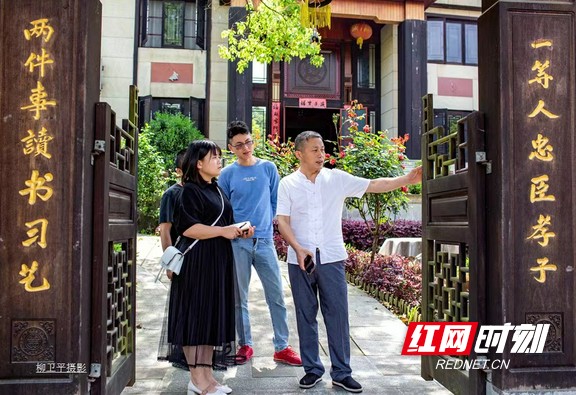 Wu Songshu and Wu Wei, his son, are researching aboutmortise and tenon joints.

In Wu Songshu's view, their relationship is not just a one between father and son, but also classmates. "I am good at making woodwork, but my son is better at theoretical knowledge and design. In actual practice, our skills can compensate each other.” The synergy between the father and his son leads to a higher understanding of carpentry. Next year, they will graduate. In the near future, they plan to transform their house in hometown into an exhibition hall of mortise and tenon joints. 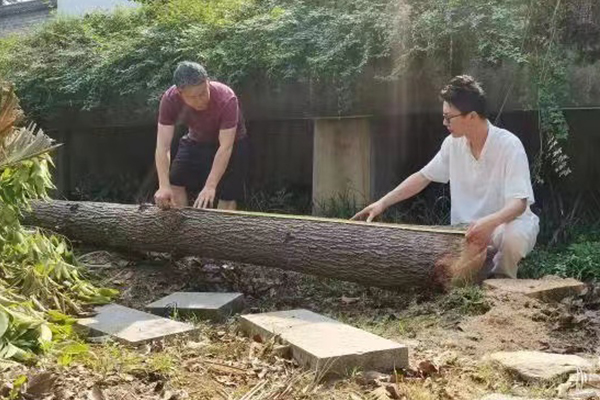 Wu Songshu and Wu Wei are measuring the length of lumber.