At local time October 24th in Kenya, through this Zhuzhou—Nansha—Mombasa train route, eighty six containers of food that will be used to alleviate hunger in Africa had arrived in Mombasa. Since in September 15th this route was first in service, three loads of shipment has been carried to Nansha Port Guangzhou. As more foreign trades are happening between Hunan and African countries, more diverse goods, such as tea, auto parts, chemicals and so on, are included in the shipping list.

Zhuzhou is the initial loading station of this route, and Hengyang is the second one. This route goes through Guangdong-Hong Kong-Macao Greater Bay Area. Goods loaded in Hunan are directly carried to Nansha Port without any extra stops, and they will be shipped to Africa from Nansha Port afterward. Now through this arrangement, the delivery time has been lessened ten days.

In September 15th, the opening ceremony of this Zhuzhou—Nansha—Mombasa train route. 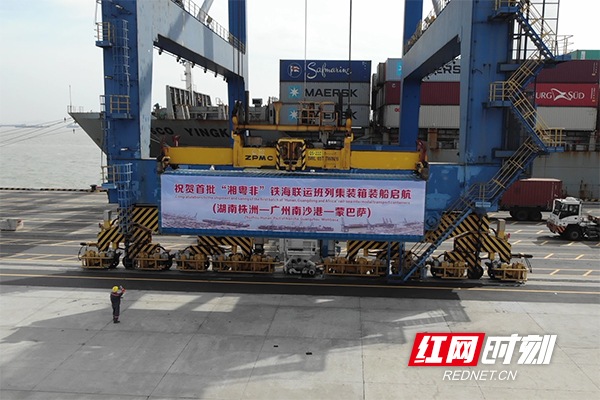 Goods are first carried to Nansha Port Guangzhou by train and will be shipped by ocean-going vessels. 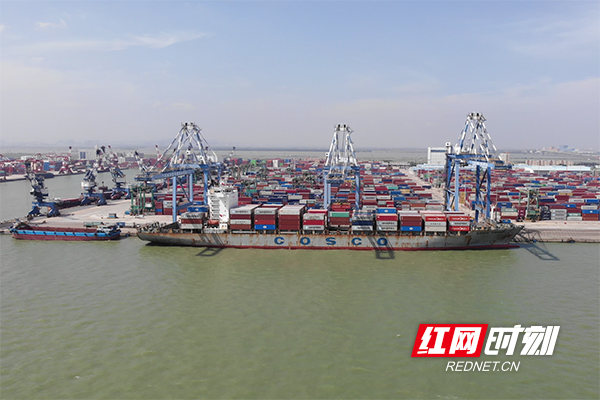 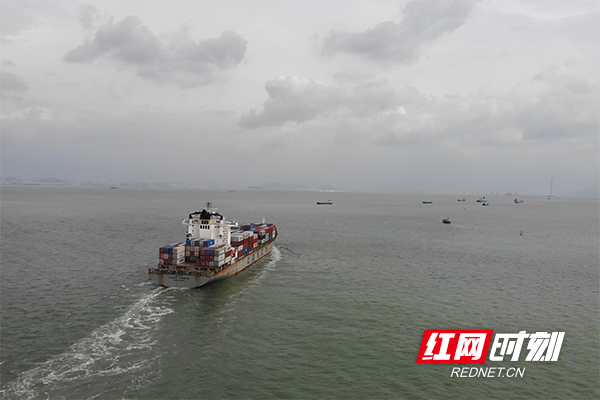 Cosco Yingkou ocean-going vessel is now on the sea.

After a half of month, goods has safely arrived Mombasa Port Kenya. 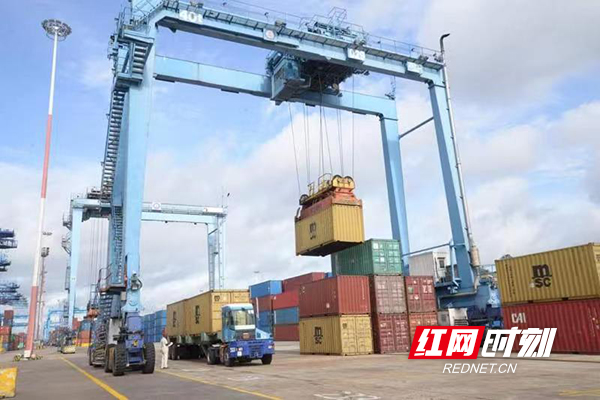 Goods are unloading from the vessel.