The national slacklining elite competition was hosted in Zhangjiajie Li Baixian is the only female contestant. On November 14th, the national slacklining elite competition officially ended. This two-days event was hosted in Zhangjiajie. At the altitude of 1028 meters, ten contestants in bare foot were competing within the gap of over 200 meters.

The competition have many rounds. Only two contestants can participate in a round, and the winner can go to next round. In the end, Hu Jien, Lai Zhang and Luo Mengchan have obtained first, second and third place in this competition.

As the champion of this competition, Hu Jien likes to listen to music while he is competing. He thinks that listening to music can help him to concentrate on the game. He has been doing slackening for six years now.

Li Baixian from Gudong province is the only female contestant. She graduated from Guangzhou Sport University. She started doing slackening when she was a junior in college, and she fall in love with this sport immediately.

This slacklining contest had been hosted in Zhangjiajie for three consecutive years. Moreover, every year there is a series of outdoor cycling events hosted in here. 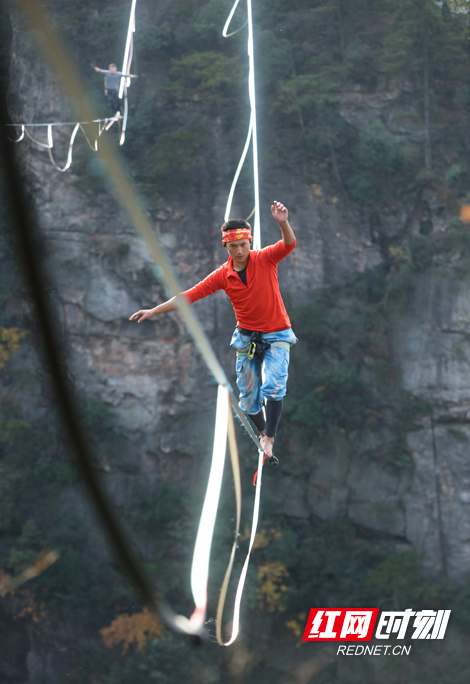