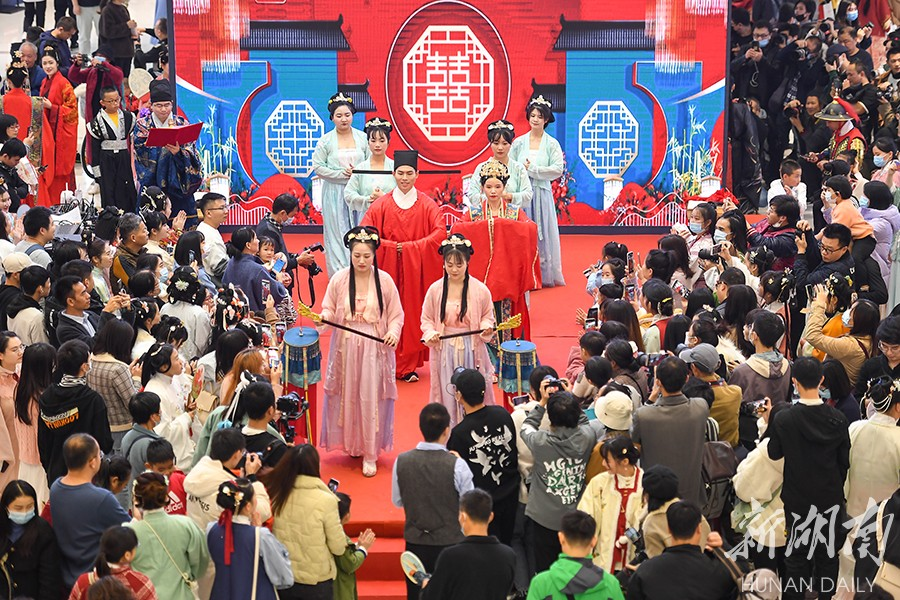 A two-day Hanfu festival kicked off that day. Offline activities including a Hanfu show, song and dance performances and a fair were held to show the charm of traditional Chinese culture.