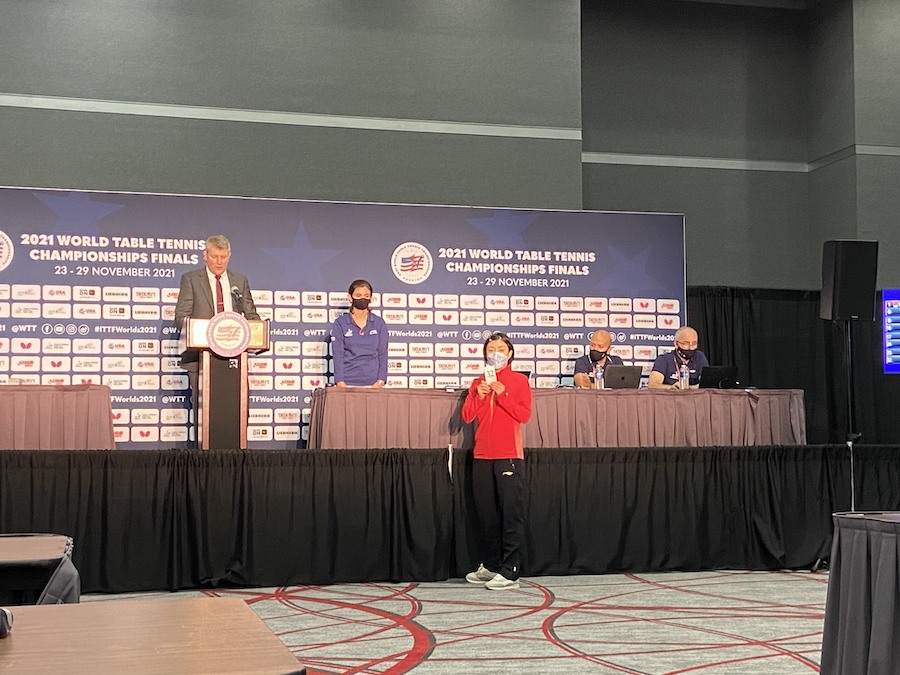 Chen Meng of China shows her number at the lot drawing session during the World Table Tennis Championships Finals in Houston, U.S., November 21, 2021.Photo by CGTN

Chinese and American players will team up for the mixed doubles event of the World Table Tennis Championships Finals that will be held from November 23 to 29 in Houston, said the International Table Tennis Federation on Monday.

It will be the first time the competition is held in the United States. The championship features five events this year – men's and women's singles and doubles, and mixed doubles.

"It's a pleasure to be among the world's best players in Houston. All the players are very strong and I wish all of them can get the best result," said Chen after the lot drawing for the games.