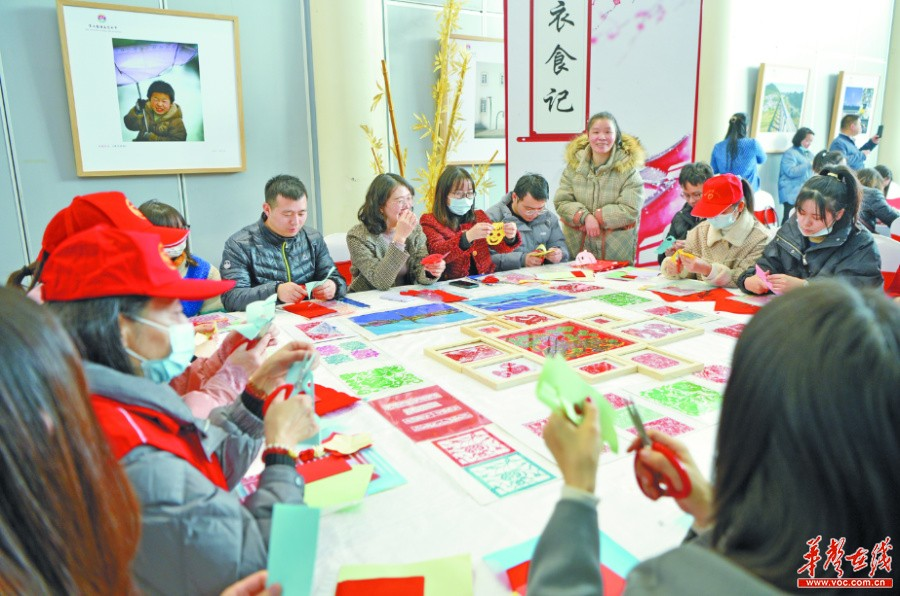 On December 21, cadres, staffers and volunteers learning folk paper-cutting skills during a special activity at the Hunan Cultural Center to mark the winter solstice, or the Dongzhi Festival. The activity attracted many people to feel the unique charm of Hunan’s intangible cultural heritage. (Photo/Li Jian, Hunan Daily)

Dongzhi, the 22nd solar term of a year, falls on December 21 this year.

It begins on the day with the shortest daytime and the longest night. It was also the first settled solar term in the Chinese history. The Chinese has an old saying "Dongzhi is as significant as the Spring Festival," since dating back to the days before the Qin Dynasty (1046 B.C.–207 B.C.), the ancient Chinese celebrated the day as the beginning of a new year.

In Chinese culture, it marks the beginning of deep winter and a break from farming in traditional agricultural society. It is also a time for family gatherings.